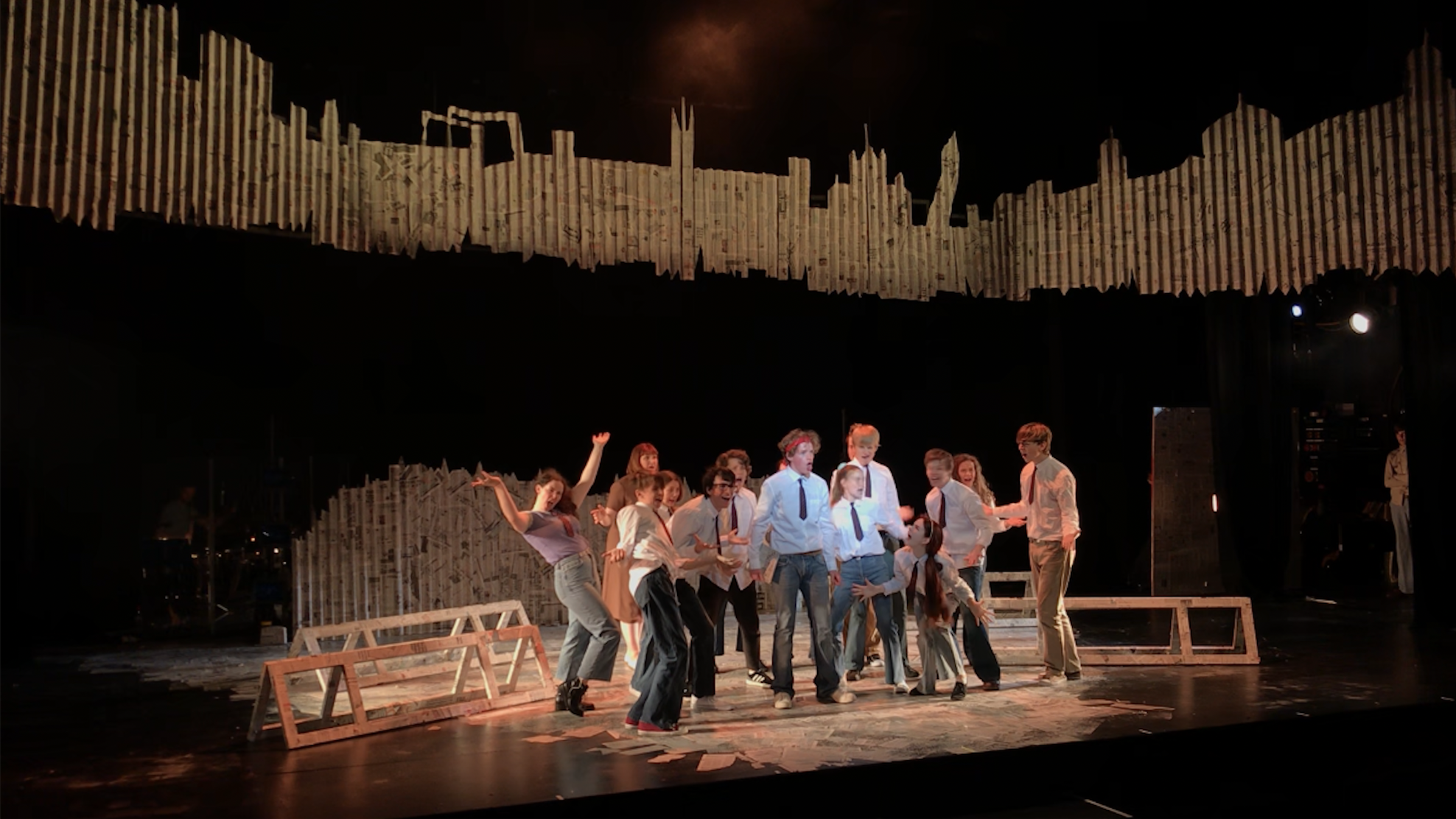 After having a successful sold out run in our 2018 summer season, Paperboy comes back to the stage in 2019 at the Lyric Theatre in Belfast. Based on Tony Macaulay's internationally acclaimed memoir, this musical brings 1970s Belfast to life with a stunning score, bubbly humor, and a new cast for this run. 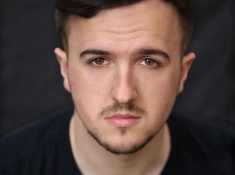 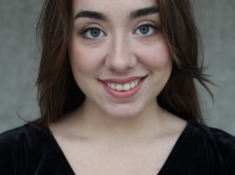 This year however, Paperboy is revisited and made bigger than it already was last year.

"We wanted to find more heart in the show and we've done that by introducing a brand new song, and rewriting a song between Tony and his dad to be really inspirational and a song that Tony can learn a lesson from." says Director, Dean Johnson, - "We also wanted to develop more of a storyline between Tony and his friends. Last year, the show was very much about Tony and Sharon. When we reviewed the book, we realized that isn't what the story is about. The love story element is a part of Paperboy, but actually it's about so much more than that. It's a coming of age tale that's about growing up, relationships, your friends in school or, in this particular case the friends who aren't supposed to be your friends. And then ultimately about how a young man learns to see the world around him and matures throughout the piece". 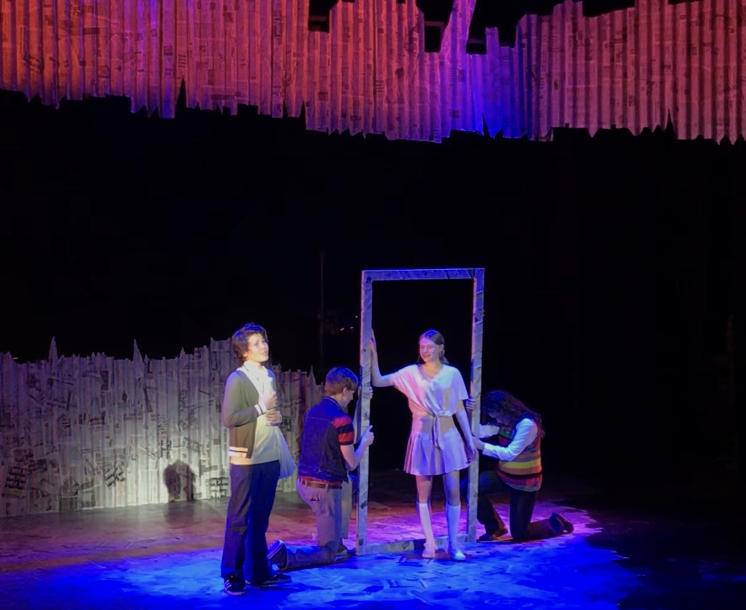 The new content will be composed and written by Duke Special and Andrew Doyle respectively.

Our Paperboy, Tony, would go about his paper route every day in the streets of Belfast of the 1970s. "There is lots of literature and pieces of theatre that are about The Troubles, the bombs and the army and the people who died. All of it is present within Paperboy, but actually what sits on top of that and is just as intricate and important to the piece is the 1970s pop culture, the Bay City Rollers, Doctor Who references, we have so many nostalgic points in terms of music and the visual clues that just immerse you in that 1970s culture. I know Tony Macaulay has always been particularly excited about the idea of bringing a Cyberman on the stage and this year we have a very authentic Cyberman..." - explains Dean Johnson.

In order to capture what 1970s Belfast looked like, London-based designer, Natalia Alvarez, created the beautiful set that frames the story along with the costumes that create the characters. There was a lot of inspiration that came to light when thinking up the costumes for all the characters. Just like last year, the set is made almost entirely out of newspaper. The set itself really is black and white just like life in Belfast, but when Tony's world comes in, color and light are brought onto the stage.

"The whole design team has done a really great job in bringing authenticity to the costume, authenticity to the props, and we've done a lot of work in creating authenticity for every level of the era," - says Director, Dean Johnson. Whether it was Tony and his friends, or the sales representatives, every character's costume was thought about very meticulously. As you can see, the costume inspiration includes a lot of 1970s elements ranging from faded colors, to different textiles, and more. 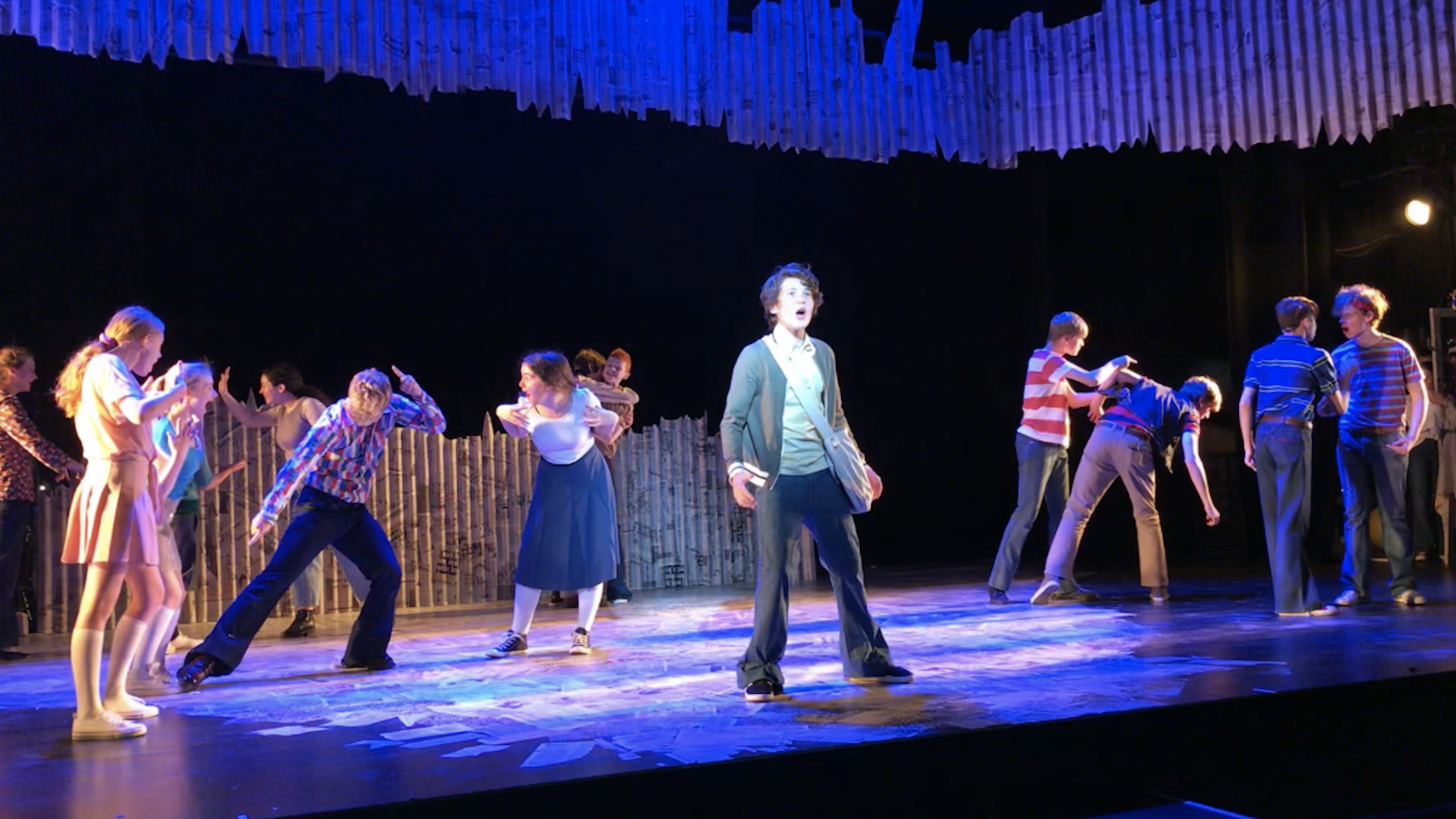 The 2019 cast of Paperboy have been working hard for the past few weeks all leading up to their opening night on 1 August 2019 at the Lyric Theatre in Belfast. The show will run from 1 - 4 of August, giving audiences more chances to see this brilliant piece of musical theatre.

Be sure to grab your tickets before they sell out again! Click HERE to purchase tickets if you have not already! 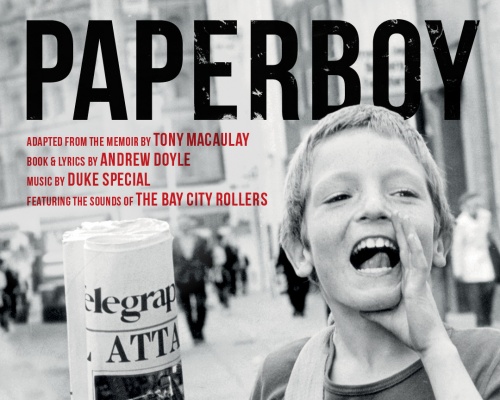 “It’s thrilling to see my memoir adapted for the stage so beautifully and it’s exciting that so much creative talent is coming together to tell a positive and hopeful story from Belfast.” – Tony Macaulay, the author of Paperboy”