A musical theatre giant came to BYMT this week: Claude-Michel Schönberg, composer of Les Misérables, Miss Saigon and Martin Guerre is a West End legend. BYMT Chief Executive and Creative Director Emily Gray welcomed the celebrated writer to our Peckham home for an afternoon masterclass, where he shared his insights with four writing teams creating upcoming shows for BYMT. 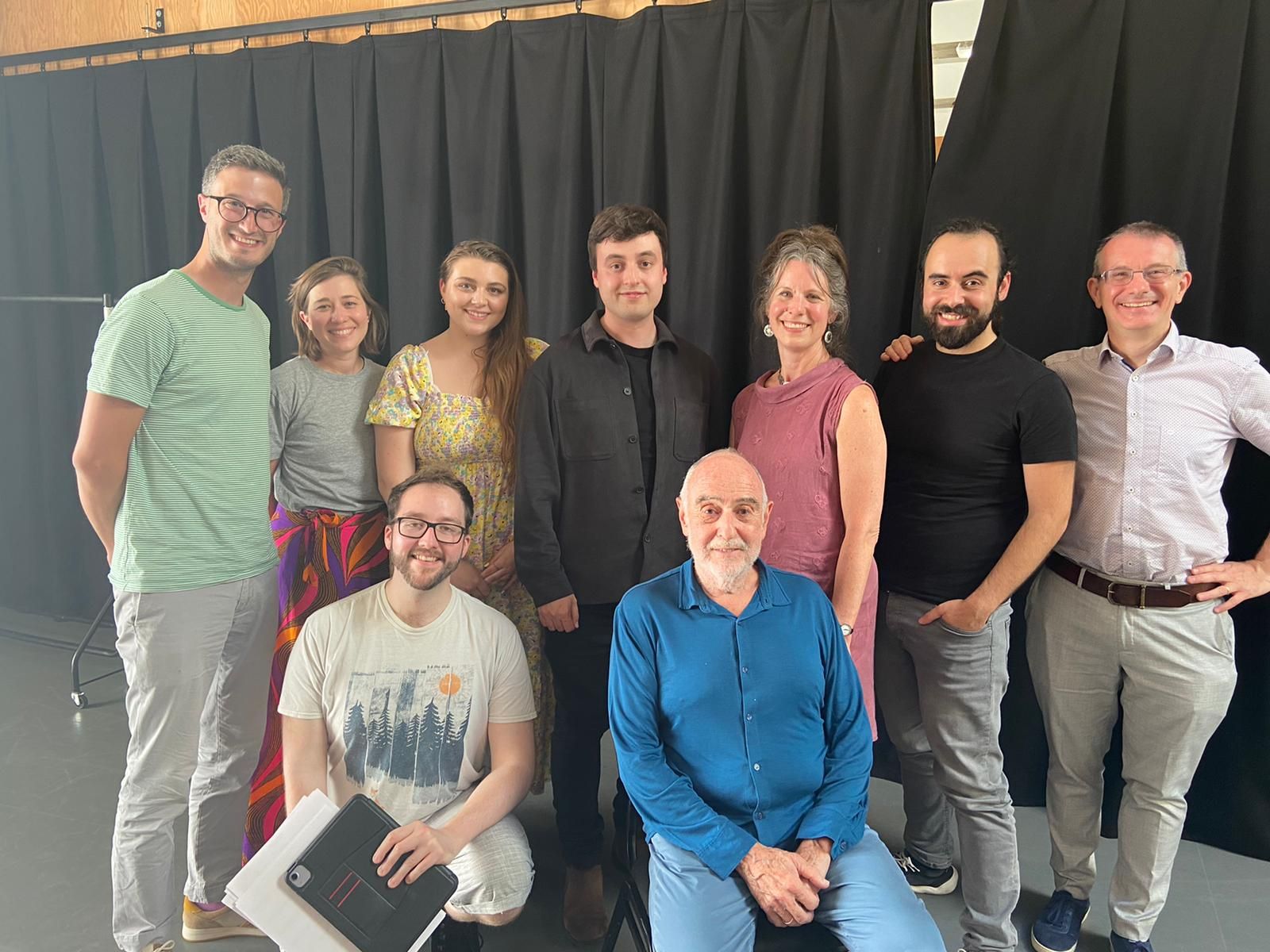 ‘Claude-Michel described himself as a bridge for our writers towards them being the best they can be’ said Emily, after an exhilarating afternoon when our rehearsal room in the South London sunshine transformed to become variously the Antarctic, Transylvania, an underwater salmon community and a train carrying orphans for adoption.

Hearing a song from Rachel Birch-Lawson and Adam Gerber’s BYMT show Terra Nova, performing this summer, in which the doomed Captain Scott faces death, Schönberg was fascinated by the writers’ choice of location and revealed that he'd recently visited the Antarctic himself. Joel Hall, composer of this summer’s A Midsummer Night’s Dream, then shared two contrasting songs from another show of his, The Last Vampire.

The range of work was something Schönberg particularly welcomed: ‘I want to hear things that are new to me’ he said, encouraging Joel and the other writers to pursue their own writing vision and find the musical style true to the nature of their show. ‘Collaboration is like an obsession’, he said. ‘You must forget about your ego and do the best thing for the show.’ He gave the example of his own relationship with his co-writer on Les Misérables and other work: ‘I have nothing to prove to Alain Boublil, he has nothing to prove to me.’

He then heard a song from another of this summer’s productions, Angry Salmon, by BYMT’s Cameron Mackintosh Resident Composer Jordan Paul Clarke. Schönberg pushed Jordan to make his fishy characters ‘ones the audience would like to love. That's what you have to do. How you achieve it, I don't know!’, he laughed. To writer Luke Saydon, whose The Naughty Carriage on the Orphan Train is a future BYMT project, Schönberg insisted on what he called ‘the implacable vision of the song - I would like in the first bar to have the last bar of the song.’

He shared his own process of writing: ‘It's very visual. When I sit down at the piano, I try and see what is happening on stage.’ One of the key messages Emily Gray took from the afternoon was ‘go back to the book’ – to the underlying story and characters and themes that structure a show. It’s advice Schönberg takes himself: ‘When I’m stuck, if I can't write decent stuff, I always go back to the book. The reason why we spend one or two years to write a show - we write the book first. It’s very precise. We’re describing what's happening on stage. After that I know exactly the kind of music I need to write.’

‘His reflections were honest and incisive,’ said Emily afterwards. ‘Our writers came away inspired by his affirmation of their skills, motivated to work hard to tell their stories and determined to find a unique and unified voice in their writing.’ Encouraging and generous, Schönberg was open about the ups and downs - even for one of the world’s most successful creators of musical theatre. Things are still challenging, although experience brings some shortcuts: ‘When I was young it would take me two months to realise something I'd written was a piece of shit. Now it only takes me five minutes’, he smiled. His advice for writers could apply to anyone involved in musical theatre: ‘Success implies failure. You can't have successes every time. You're always trying to be at your best.’

Delighted at this chance to introduce one of musical theatre’s greatest contemporary figures to BYMT and its work, Emily said, ‘Workshops like this with such experienced artists will help us to create valuable and effective development processes for BYMT’s new musicals.’ Schönberg reminded everyone of why it is so important to do your best work: ‘You're dealing with an audience - it's a huge responsibility.’

Thank you to the wonderful Carl Miller for writing this article. Carl is a musical theatre writer, playwright, and dramaturg who is currently developing the libretto for a new BYMT show (2023). 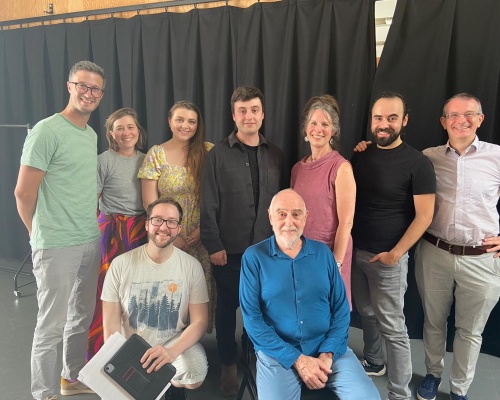