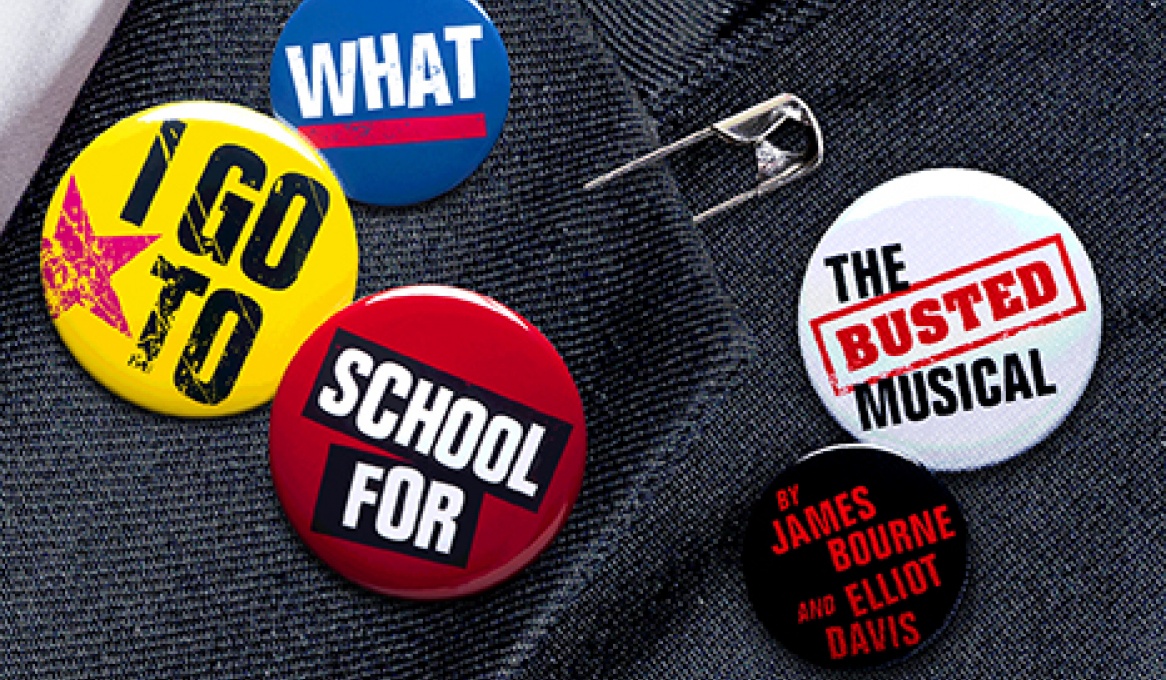 After their smash hit Olivier Award-nominated musical Loserville, Busted’s James Bourne and award-winning writer Elliot Davis team up with Youth Music Theatre UK for a third time to present electrifying new show WHAT I GO TO SCHOOL FOR – the BUSTED musical!

Featuring some of Busted’s biggest hits Air Hostess, Crashed the Wedding and Year 3000 plus a host of brand new songs, What I Go To School For follows a group of teenagers living in a world that just doesn’t understand them. Desperate to escape their humdrum hometown, they soon discover the need to break the rules to found out who they really are.

Guaranteed to have you rocking in your seats and featuring 40 talented young performers and musicians, this groundbreaking new show is a must see for all the family – four performances only!

What I Go To School For - the Busted musical is the new musical from composer James Bourne and writer Elliot Davis – the creative team behind Loserville The Musical, which opened as a YMT production at the Wilde Theatre Bracknell in 2009 and subsequently played at the West Yorkshire Playhouse in a professional production that transferred to the Garrick Theatre in London’s West End in 2012 and was nominated for the Oliver Award, Whatsonstage Award and Broadway World UK Award for Best New Musical in 2013.

Tickets can be purchased through ATG below.