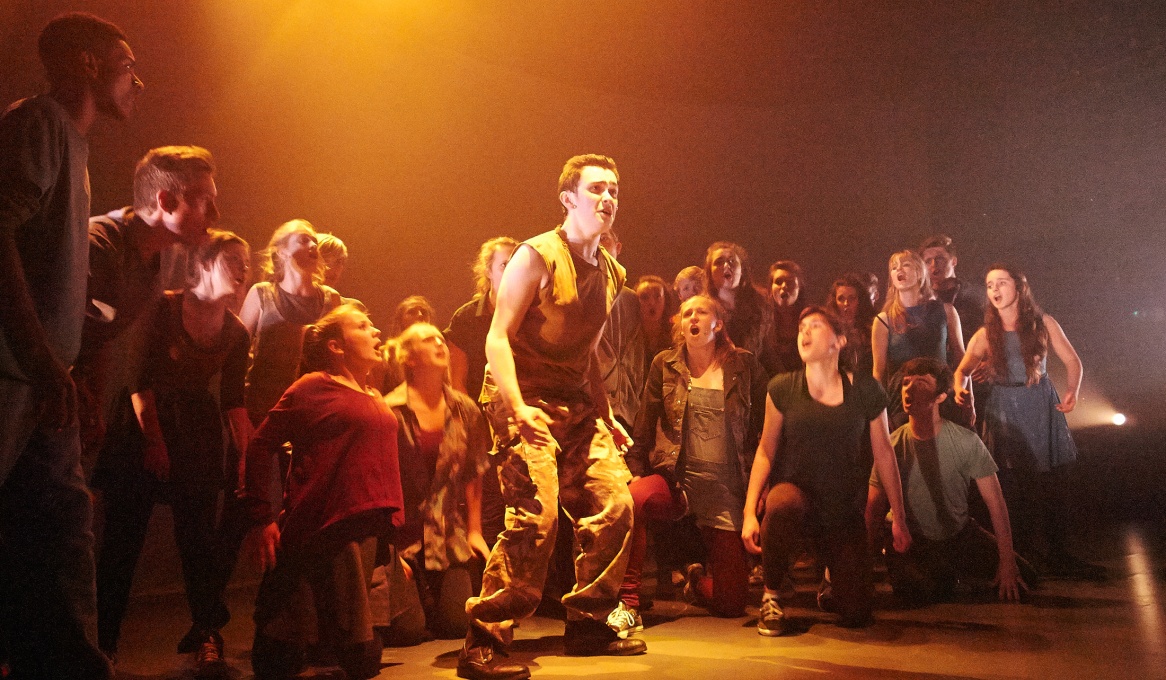 In celebration of the 2013 Britten centenary, YMT is commissioning the Northern Irish composer and writer Conor Mitchell to create a new stage work - The Dark Tower, a response to the 1946 radio play (The Dark Tower) written by Ulster poet Louis MacNiece and scored by Benjamin Britten.

The first mention of the Dark Tower is in King Lear,  when Edgar disguises himself as a fool and talks in nonsense: “Child Rowland to the dark tower came, His word was still 'Fie, foh, and fum, I smell the blood of a British man.”
In 1855, Robert Browning wrote a dark and nightmarish poem on the theme of a knight seeking a strange tower, crossing various hurdles in order to reach his goal. Following the Second World War, MacNeice wrote the radio play for the BBC adapting the same themes as a parable on the plight of young men sent by their mothers to war.

Conor Mitchell - a lifelong MacNiece and Britten fan, who is also from Northern Ireland - has long wanted to create a piece that draws on the contributions both men made in the field of BBC radio drama. This new piece, with a cast of over forty young singers and actors and an ensemble of piano players and percussionists, will take the original text as source material and respond directly to the themes within it: namely, warfare and the role of young people.

Mitchell will work with choreographer Rachel Birch-Lawson on developing the new piece as a full scale theatrical event in a former BBC film studios in Hammersmith. This, we feel, is in the spirit of the 2013 celebrations. Britten's early work in the BBC radio unit is often overlooked because of his achievements in later life. This is our chance to celebrate a man whose work with young people has surely helped organisations like our own to exist.