Ellie has combined theatre-based work with a wide range of critically acclaimed site-specific productions. These include The New World Order - based on some of Pinter’s short plays – at the Brighton Festival and at the Barbican Bite Festival, The Erpingham Camp by Joe Orton on Brighton Pier (both of these for Hydrocracker Theatre Company), As You Like It at Arundel Festival and A Christmas Carol, under the arches at Southwark Playhouse where she was Artistic Director from 2007-2010.

She was Associate Director at Sheffield during Samuel West’s reign where she first directed Finn Kennedy’s How to Disappear Completely and Never Be Found, later revived at Southwark Playhouse to great critical acclaim. She also directed a Sheffield tour of The Elephant Man.

Other productions include: Macbeth (RSC), Invincible (St James Theatre) which was nominated for Best Ensemble and Best Director at the Off West End Awards, Once We Were Mothers,  Strange Orchestra and Man of Letters by Tim Firth (all Orange Tree Theatre, Richmond), Daisy Pulls It Off (Sherman, Cardiff), God of Carnage (National tour), Tanzi Libre (Southwark Playhouse) Romeo & Juliet, The Tempest and The Importance Of Being Earnest (New Wolsey, Ipswich) , The BFG (Derby Live) and According to Brian Haw for YMT.

Ellie has recently joined the team of writer/directors creating short musical film, Vanishing Point, Miss Interpreted and Dirty Stop Outs and Adventure in Space for the Looping The Loop Festival.

Ellie is a regional producer for BAC’s Collaborative Touring Network and also runs the street theatre company Melon Twisters who bring their own brand of madness to the streets of Kent. 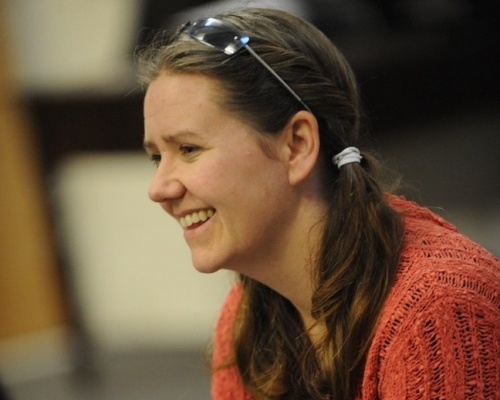