Charlotte Harding is a composer and saxophonist from East Yorkshire. She studied composition at the Royal College of Music, London with Mark-Anthony Turnage and saxophone with Martin Robertson, having previously studied with Richard Ingham. On graduating she was awarded the prestigious ‘Queen Elizabeth, the Queen Mother rosebowl’ as well as the Cobbett and Hurlstone and Theodore Holland prizes for composition. Charlotte enjoyed numerous premieres of works during her time at the RCM including winning the RCM concerto competition with her work fuse for orchestra and drum kit and composing fleot fanfares for HRH Prince Charles’ visit to the RCM in March 2012.

Charlotte has written works for a wide variety of leading ensembles and soloists, receiving performances at prestigious venues such as Cadogan Hall, St Martin-in-the-fields, Sadler’s Wells, Kings Place, St George's hall Liverpool and the national portrait gallery. Recent commissions include the indicator line for dance company balletboyz in collaboration with choreographer Craig Revel Horwood, kraftwerk re:werk, for the British Paraorchestra and army of generals premiering at the simple things festival Bristol, and convo, a massed ensemble work to be premiered at the royal albert hall in march 2019. As an associate composer with contemporary label nonclassical, several of her works have been performed at their club nights and her work ‘ep’ for cello and percussion features on their latest release ‘outside the lines - vol 2’. Another recent project ‘over 100 years of women and the saxophone’ with saxophonist Amy Green, has been presented at various events and educational institutions including at the world saxophone congress, saxopen Strasbourg and the first international conference of women's work in music (Bangor University).

Charlotte is passionate about the role of music in education and health and has been involved with a wide range of organisations including English national ballet, RCM sparks, Chelsea and Westminster health charity and the ‘Parkinson’s can dance’ programme at balletboyz. She has also written music for media for various brands, channels and agencies including co-scoring the wildlife documentary ‘ingenious animals’ (osf) which aired on BBC one. 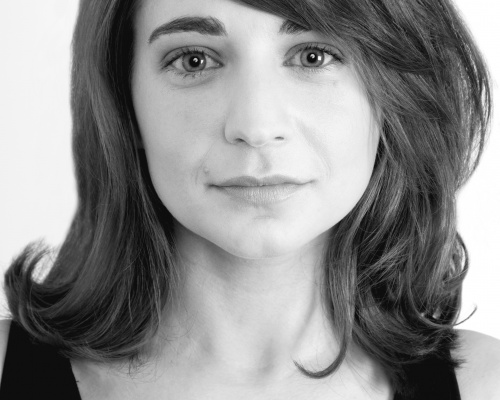