Meet the Characters of BYMT's Peter Pan the Musical

Peter Pan tells the classic J.M. Barrie tale of a young boy who refuses to grow up. This fan favourite show is filled with magic, delight, and just a fairy dusting of heartbreak; and after a 10 season hiatus, Peter Pan is coming back to the BYMT stage as part of our 2019 summer season! This season BYMT is making some exciting changes to the show and focusing heavily on technical and visual elements such as brightly coloured costumes, a fun and moveable set, and even a pyrotechnics display! Always dreamed of being in such an iconic musical? Want to be a part of BYMT’s unique staging of Peter Pan the Musical? Then read on and meet the characters of this beloved show and see if you have what it takes to be a part of BYMT’s cast that will turn this beloved classic into a unique and reinvented show.

Peter Pan
Peter is the clever, adventurous, and confident leader of the Lost Boys. While at times he is boastful and self-centred, there is a side of Peter that is caring and joyous. His desire to stay a child forever allows him to continue his adventures unburdened by the realities of growing up. He is the embodiment of youthful naiveté. The actor playing this role must be able to command the stage. The show rests on Peter’s shoulders, and the actor must be able to handle the demands and pressure of such a role. Peter is athletic and not shy about taking to flight when the moment suits him. His reflexes are catlike and his presence exhilarating. A creature of constant motion. The actor must be an excellent singer and an agile mover.

Wendy Darling
This is not your sweet and kind Wendy Darling, YMT's Wendy is a feisty young woman who is not afriad to speak her mind! Wendy Moira Angela Darling is the oldest child of the Darling family. Throughout the show Wendy is conflicted by her desire to grow up and her fears about the unknown aspects of adulthood. Wendy must be a strong singer and actress.

John Darling
John is the loyal, bookish middle child of the Darling family. He has always dreamed of being in a big adventure. He is an intelligent young boy who tends to question and correct others. He should be a good mover and a strong actor, and he should be able to sing and dance.

Michael Darling
The youngest Darling child. He is a sweet, bubbly, and likeable boy who is full of fun. He is innocent, playful, and easily excited. He should be a strong actor and dancer, and he should also be able to sing

Captain Hook
Outwardly, Hook is a classic villain. However, underneath this delightfully evil exterior lies a weak, washed up coward who hides behind an unemotional and controlling facade. Hook is Peter’s nemesis and detests Peter’s confidence and natural charisma. The one-handed captain of the Jolly-Roger is relentless in his pursuit of Pan. Hook is short-fused and ridiculous, he is a larger than life character; the actor playing Hook must be a strong singer and character actor.

Tiger Lily
Tiger Lily is the leader of the Indians. She is brave, confident, and loyal. She should have a lot of stage presence, and she should be a very strong dancer.

Lost Boys
The adventurous gang of misfit boys who have either been abandoned by or have run away from their mothers. They live with Peter in Neverland and originally share his desire to never grow up. They are a group of distinct and unique personalities, including Tootles (the sweet one), Slightly Soiled (the conceited one), Nibs (the cheerful one), and Curly and the Twins. These strong personalities demand strong actors who are able to move and have good stage presence and energy.

Pirate Ensemble
A group of Captain Hook’s henchmen. These men believe they are sinister and cunning, but are actually a comical band of buffoons. They are continuously out-smarted and outmanoeuvred by the Lost Boys. The actors playing these roles must be good singers and able to move, but more importantly need to possess strong comedic timing.

No prior experience is necessary to take part in a YMT show, we are looking for potential and a good attitude…So, do you think you have what it takes to be a part of this production? Book your audition NOW to see if you could be BYMT’s next star! 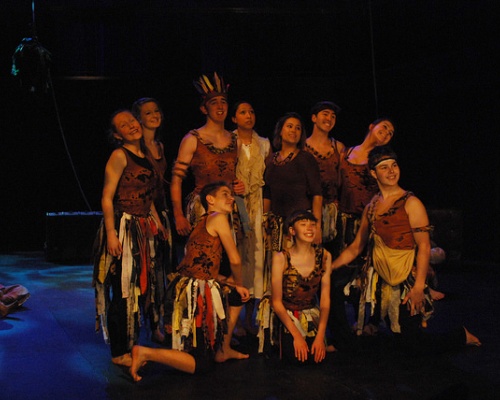