“Beware the Jabberwock my son, the jaws that bite, the claws that catch...”

What is the Jabberwocky about?

Flora and Jess are two girls separated by more than a century, but a chance meeting across time leads them to a magical world beyond the mirror, where the triumph of hope rests with the power of friendship and imagination. This joyful, transformative musical production delves into an absurd world full of larger-than-life characters.

Who is the Creative Team?

Here are some quotes from the creative team about the up and coming production:

“I am thrilled about BYMT’s production of Jabberwocky this coming summer.  Through the bringing together of the wonderful characters from Edward Lear's and Lewis Carroll’s nonsense poems, the show is a celebration of everything that makes us different, of not fitting in with the norms of society and of relishing our individuality.  I am so looking forward to taking the show to the Theatre Royal Margate.”- Rebecca Applin

“I very much am looking forward to creating the physicality of the wonderfully quirky characters from Lewis Carroll's JABBERWOCKY.  Together with Luke Sheppard, we will create an imaginative and story driven show that will bring all disciplines of musical theatre together.  I am sure most animals tap dance...right?”- Heather Douglas

Set in two dimensions, the set is as surreal as the nonsense poems it’s based on. Inspiration has been taken from the juxtaposing modern and Victorian time frames the production is set in. Focusing on the setting of a school using black boards and chalk as a theme running throughout the set, with a chess board floor dissolving into chalk. This chess board further enforces the surreal nature of the performance by almost mimicking that it is ‘falling into place’ at the back of the stage, paralleling the fact both lead characters have ‘fallen’ into this magical and mysterious world.

“Last year when I found I got onto maelstrom after a long wait I was absolutely thrilled! BYMT meant an awful lot to me first time round because it gave me the opportunity for me to be away for my friends for quite a long period of time. It was really great working with new people and creating a piece of amazing theatre. This year I got an early recall and the one show I wanted to get on was actually Jabberwocky so when I found out that I was on that show I was really really excited! Once again I am looking forward to making new friends and new theatre!” -Hannah.

“I'm very excited to be taking part in BYMT's Jabberwocky at the beautiful Theatre Royal in Margate. Through my previous performances with BYMT I know I will have an amazing experience, be surrounded by highly talented people all with the same passion as me and gain life long friends. BYMT has given me incredible opportunities and it's wide variety of different types of musical theatre has hugely benefited my performing skills. Having done dance opera in 'The Dance Connection 1', a more traditional ensemble production in 'The Midnight Flower Press' and enjoyed last year's musically-talented 'What I Go To School For', the Busted musical, I'm really looking forward to the colourful, nonsensical comedic world of 'The Jabberwocky'.”- Gabriella.

Jabberwocky is being performed at Margate Theatre Royal. 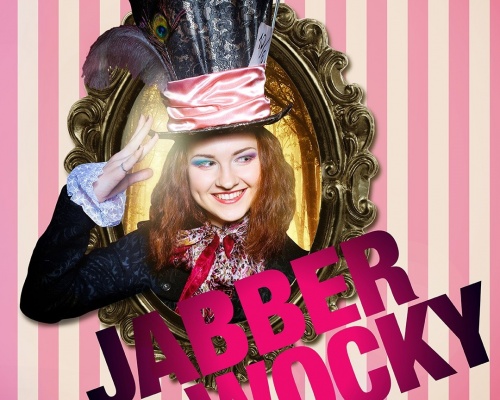