Having never seen an amateur production of the stage version of High School Musical, I was unsure of what to expect. However, I was blown away by how good this production was!

The show started off with a “Wildcat Cheer” and although there were difficulties with the sound limiting the amount of great vocals and speech it did not alter the cast’s performance and they carried on showing a real dedication to their show. The first act came to an end after Connor Mellor (as Zeke Baylor) had his tremendous song “Stick to the Status Quo” and then pushing his lovely cake into Sharpay. In the second act the technical difficulties had been sorted out and everyone could now be heard, this took the show to a whole new level increasing everyone’s performance it also meant that by the end of the show we had a few members of the young audience giving a standing ovation singing and dancing along to their favourites songs “Breaking Free” and “Megamix”.

Christian Mortimer who played (Troy Bolton) and Megan Forgan who played (Gabriella Montez) really managed to capture the relationships for each other and combine their acting skills together pushing them forwards showing a true and believable performance. Kelly Stocker as Sharpay Evans alongside Jake Husband as Ryan Evans brought out the comedy of these characters and had the audience in laughter throughout.

The age of the audience really suited for this musical and represented a real boost within the cast on stage because of the great reactions given within the whole theatre. This show was really brought to life and beat all my expectations. 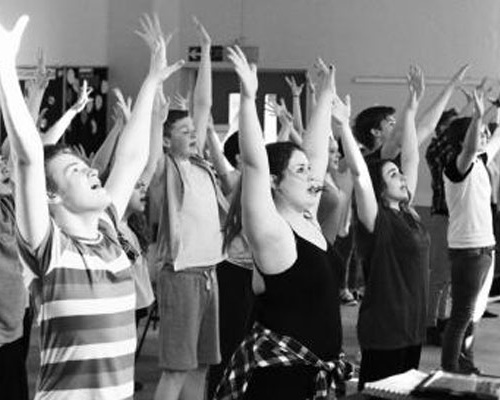