Executive Producer and founder of BYMT Jon Bromwich is stepping down after 18 years in this role. He says: "The last eighteen years have been the ‘dream job’ in so many ways. I can’t think of a better way I could have spent my time than working with such talented young people and the very many staff who have supported and mentored them. Nor can I think of anyone better qualified to take over the role of running BYMT than Emily who will, I am sure, take the company on to many new adventures and explore many new theatrical worlds. All the very best for the future!"

BYMT's new Chief Executive & Creative Director Emily Gray will take over this role in May 2022. Since 2019 Emily Gray has been the Executive Director of Mercury Musical Developments, a UK wide membership organisation of nearly 600 writers of new musicals. From 2004-2019, Emily was Chief Executive & Artistic Director of Trestle Theatre Company, based at Trestle Arts Base in Hertfordshire. She produced and directed innovative performance & education projects and established Trestle’s artist development, teaching & training provision and health & wellbeing programmes. As a freelancer she directed Frankenstein, with Virtual Reality, for the National Youth Theatre (Southwark Playhouse 2019) and a number of new musicals, including A Little Princess (The Other Palace 2018); in the past year she has worked as an arts consultant in schools, with musical theatre students at Leeds Conservatoire and with artists such as dancer Divya Kasturi. Prior to Trestle, Emily was Artistic Director of TAG Theatre Company in Glasgow, Associate Director at Unicorn Theatre in London and Associate Director at Nottingham Playhouse and Roundabout TIE.

Emily says “It’s an honour to be taking on the new role of Chief Executive & Creative Director at BYMT and leading the company forward, following on from the pathfinding work of its founder Jon Bromwich. This position brings together my successive roles working with and for young people with my passion for producing diverse new music theatre. I’m looking forward to empowering young people, especially those currently underrepresented, whose voices will inform the creation of original shows. BYMT commissions more new musicals per year than any other company in the UK; we will continue developing and supporting writers to tell stories through this most accessible of art forms. I look forward to working with young people and creatives wanting to dive into dynamic collaborations and transform the future of music theatre, with young voices at its heart.

Chair of the Board Simon Millson says "On behalf of the Board, I wholeheartedly welcome Emily to this pivotal role for music theatre in the country. Emily brings a wealth of experience and proven track record in artistic and educational productions in music theatre, nurturing young talent to reach and express their full potential. I am confident Emily will build on the past achievements of BYMT, a truly national arts performing company, embracing new challenges and responding to societal changes with new work, new music, new themes, the hallmarks of BYMT. We wish Emily the greatest of success and thank Jon for all that he has accomplished over the past 18 years." 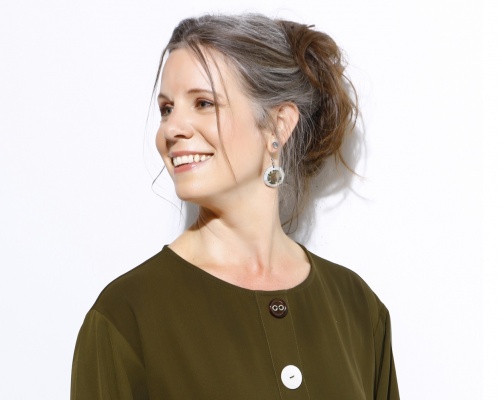