BYMT will be back on the road at the end of this month until February 2016 in the UK's largest search for young talent! We're holding 29 Auditions in 25 venues across the UK and Ireland, from Inverness to Plymouth, Derry to Colchester and all that's in between. AND Busted star James Bourne and Olivier nominee Elliot Davis will be at our first audition in London on Saturday 28 November! BOOK HERE.

We are looking for actors, singers and dancers as well as musicians to join the BYMT 2016 Company and star in one of eight brand new musicals next summer including: What I Go To School For - the Busted musical at the Theatre Royal Brighton written by James Bourne and Elliot Davis. What I Go To School For marks the third project between Bourne, Davis and BYMT after the Olivier Award-nominated Loserville the Musical and Out There (recently seen at the Tristan Bates Theatre London).

Other shows in BYMT's 2016 Summer Season include a dazzling musical adaptation of The Great Gatsby, a women's boxing epic Fight Like a Girl, an Irish Warrior tale The Frenzy of Sweeney (Buile Shuibhne) at the Lyric Theatre Belfast, a contemporary dance opera The Dark Tower, an ancient Greek adventure Trojan Women! plus devised work in Plymouth and Aberdeen.

Performer Auditions are three-hour group workshops led by a professional director, choreographer and musical director (this year's team: Pete Gallagher, Stuart Harvey, Rachel Birch-Lawson, Vincent Manna, Sonum Batra and Richard Healey). Auditions are open to absolutely anyone aged 11-21 and no previous experience is necessary PLUS you don't even have to prepare anything - just bring yourself along!

Musician Auditions are slightly different - we're looking for musicians aged 11-21 who play ANY instrument at a Grade 7 standard. You'll need to prepare two contrasting pieces that last no longer than two minutes and the MD will then have a chat about your musical interests.

What are you waiting for? Book NOW! 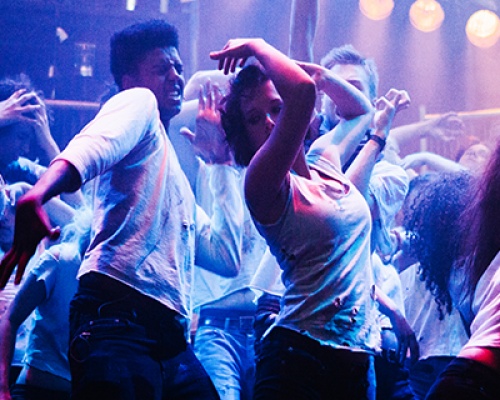