This summer British Youth Music Theatre proudly presents the world première production of their newest rock-opera, A Teenage Opera. Hear below how it all came about and what you can expect!

The music that never left the public consciousness

Many are still asking questions about where it went, the music has never left the public consciousness (Grocer Jack went to No. 1 in 26 countries) and neither has the question of why it never came to fruition. As always, the answers were beyond the 1967 participants' control.

The 1960s were an explosive time

Listening to the original concept and inspiration for A Teenage Opera has been fascinating. These ideas came from another world - the 1960s were so explosive. I feel very honoured to have been entrusted with such a legendary project.

It was something of a labour of love

Mark Wirtz and Keith West are so full of fascinating stories; that they were recording in Abbey Road and using studio 'downtime' to try and get things done, you soon begin to realise it was something of a labour of love. They were able to stay playing with ideas into the night, because The Beatles were next door, who would work very late. As long as The Beatles were in the building keeping it open, Mark and Keith could continue!

We've tried very hard to make A Teenage Opera appeal to all ages, some of the music has been given a facelift. Without giving too much away, the production is set in the now but centres around a town stuck in the 1960s; this has given us a lot of scope musically. There's also a sprinkling of opera melodies in there too - with a couple of the better known tunes from Offenbach's Tales of Hoffman making an appearance. Expect a lot of amazing musical hidden gems, plenty of laughs, much reference to what might happen if you suddenly came into contact with people (seemingly) from 50 years in the future, and a barrel load of emotion.

We have the wonderful Julie Atherton directing this, Joe Louis Robinson as MD and Stuart Rogers choreographing. These are some of the finest young creatives in the UK. And arrangements by the amazing Michael Bradley, who is in China and across the world as Musical Director of The Bodyguard at the moment.

I was absolutely thrilled to hear that I was to be part of the musical A Teenage Opera this year, as I love the1960s era. It will be hard work and long days but the more you put into rehearsals the more you get back. You really get a taste of what intense rehearsals for professional shows are like and the thrill of putting on a world première show is indescribable.

Don't miss your chance to find out all about the making of the musical on Saturday 12 August; there will be a Q&A straight after the matinee performance, where you will have the chance to talk to the creative team and cast members, including the original producer/composer, Mark Wirtz, over from the US, as well as rumored special guests!

Check out the trailer here! 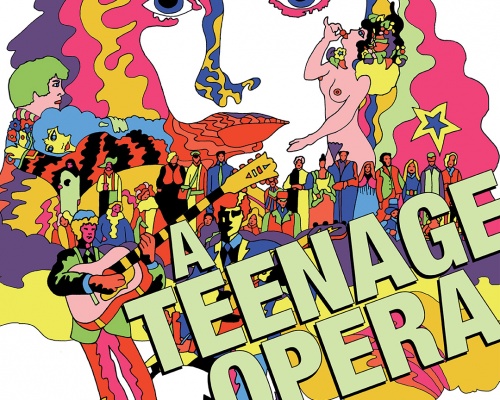