My Life after BYMT - by Ciarán Butler

I am writing a short write up about my life after BYMT because I feel it is important that this organisation understands the impact they can have on a young boy's life.

Before my BYMT years I was a very shy and scared young boy. I was too worried about the thoughts of others and hid my love for performing from the world. I have met some amazing people during my years with BYMT, some of which are touring in musicals and others who are ruling the pop charts. I always wanted to pursue my own career in the arts but with a very low opinion on myself, I could never imagine my face on those who lived their lives on stage!

Walking away from BYMT I found a different spirit and almost a different person was created. I had the courage and determination to follow my dreams and audition for schools overseas in England that would morph me into the artistic and talented person that I always wanted to be. I know this all sounds super cheesy but BYMT really did create the present and future I always wanted.

I no longer feared being a failure, as I learnt for every failure there is a lesson to be learnt that actually built a stronger performer within me. Thanks to BYMT I graduated from LCM and Italia Conti, two schools of which I am very proud to have been training in. The career that has been created was on to only my imagination but then became reality. Modelling in front of cameras for Christmas Campaigns and taking part in a foreign advertisement as a dancer on set. I never saw myself as a traveller, however, returning from Mallorca as a Lead Sing and Lead Dancer in four separate shows ignited a flare to see the world and learn cultures while living my dream as a PROFESSIONAL singer, actor and dancer.

My dreams were reached when I got to travel to America and the Bahamas as a Lead Singer and Dancer in a Rock and Roll show (88keys) and a Disco Show (Studio VIP). Working with the most talented cast I had ever worked with, becoming a sort of family we all were star stuck as we trained in puppeteering  with the stars of Sesame Street and leading actors from Broadway.

In my heart of hearts I know it is all the support and chances that all the founders and everyone unseen in the BYMT family, directors and choreographers that helped me see that I could have the life I wanted, and that I was good enough. I look forward to auditioning and fighting for a place in the WEST END and because of all of you I believe I can get there.

Many Many Thanks, Ciarán Butler. 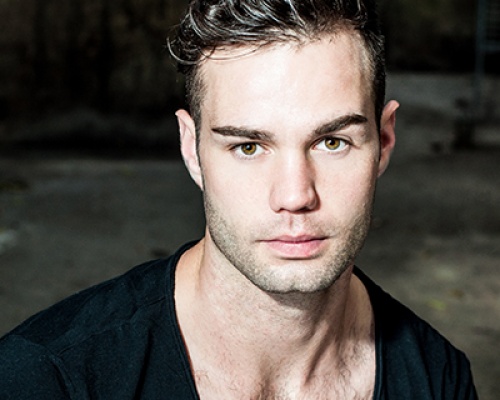