Do we really know what happened on Noah's Ark?

Director Charlotte Conquest tells us about our Edinburgh Fringe spectacular NOT THE END OF THE WORLD.

Not the End of the World is a new musical based on the award-winning book by Geraldine McCaughrean, and her re-imagining of events on Noah's Ark.

When I first read Geraldine's book, I became immediately hooked. Every turn of the page leads further into the dark, twisted intensity of what life might have felt like trapped on a vast boat lost in a world of water. This alternative take of the iconic traditional Noah story challenges stereotypical Sunday School assumptions that life on the Ark was happy. The twists and turns of the plot surprises and appalls at every turn. The more I read, the more I wanted to put this on the stage.

Think of William Golding's Lord of the Flies, where arrogant and violent leaders emerge when put in extreme situations. Or of Arthur Miller's The Crucible where everything and everyone belongs to either God or the devil; dissent is associated with satanic activity and hysteria thrives because those in power benefit from it. As in Jeannette Winterson's Oranges Are Not the Only Fruit, the story is told through the eyes of a girl growing up surrounded by belief.

Our protagonist, Timna, is on the cusp of challenging the preached beliefs fed to her as she learns to face the world with new wisdoms and insights. By introducing a fictitious daughter living within the traditional biblical world of Noah and his three sons, Shem, Ham and Japheth, Timna emerges as a figure contesting biblical narrators. She says early on that her story is bound not to get told as women's lives are mostly written out of history. She stands for new order in the new world the stranded family are seeking. Her growing confidence with independent thought and questioning is constantly knocked down and denied as the voice from the top becomes increasingly controlled by the blind, inhumane fundamentalism. Every hateful belief survives under a cover of righteousness and can find validation in writings that claim to be authored by God. Timna has to learn to adapt quickly and control anarchic thoughts from spilling out. Her very survival is at risk. And on top of all that she has to hide two young survivors of the flood, a boy and his baby sister, stowed away in the bowels of the ship. Our stage version matches this edge-of-the-seat-storytelling.

Our Noah family, helpless and starving, are lost in a cruel flood, aboard an ark that is packed with ferocious animals. Danger lurks round every corner. The show connects powerful imagery from the original story into a visual and physical feast, using ensemble, song and movement sequences to create the world aboard a decaying ark. Using Ryan Dawson Laight's brilliant set, puppets and symbolic props, and working with Stuart Winter's heart-stopping choreography, the talented cast create an atmospheric, tumultuous journey that carries the audience through the flood, inch by inch. Sonum Batra's complex, original score breathes a vocal life in to the story, carried along by Dave Francis' witty yet conversely heart-wrenching lyrics.

The show is unique because it asks questions of the original story that may not have thought about before: what happens to the neighbours left behind once the flood hits? How could Noah be so sure of his mission? What would the world feel like if women were driving it?

If I had to describe the show in 3 words I would say: immersive, anarchic and challenging. As book reviewer Phil Groom says, 'If there's a Noah's Ark sailing around the world today, I dare suggest that its religion, like McCaughrean's Ark, is full of leaks. Beliefs are tossed about in the storms, and some people on board are so obsessed with their own purity that they'll push other survivors away to drown. But also on board there are those who won't stand by and watch, who are throwing out lifelines to the drowning. It's not the end of the world and you can't afford to ignore this story'.

Not the End of the World is playing at the New Town Theatre, Edinburgh Festival Fringe from 6-16 August at 3pm. Book tickets here. 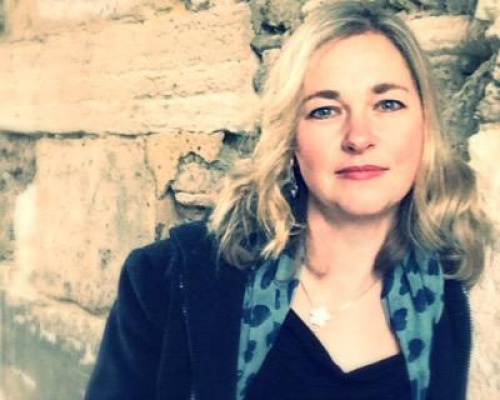