Of course, we all know those famous Grimms' fairy tales like Cinderella and Rapunzel, but mostly we've read or seen the Disney versions. The real Grimm tales are much darker and more frightening - some so frightening that we rarely hear or see them.

BYMT's Summer Skills course in Belfast gives you the chance to discover and create a whole new world of scary tales, ones that could be set in Belfast city centre on any Saturday night or in the lonely mists of the Sperrin mountains or on a deserted island in Strangford Lough....

In the spirit of scares, BYMT would like to give you a spooky insight into the parts of the Grimm stories that you were never told…

We all remember Snow White and her entourage of dwarfs: Angry, Slappy, Manic-depressy and so on. The moral of the story: When it comes to enchanted fruit never buy local. It doesn’t matter how juicy the organic insomnia apple looks, you’d probably be better off at Sainsbury’s.

At the end of the story the evil queen is punished; what the Disney version failed to mention was the method of punishment. A pair of glowing-hot iron shoes are brought forth with tongs and placed before the Queen. She is forced to step into the burning shoes and dance until she drops dead! Why can no one take an innocent poisoned apple joke anymore?

Two children lost in the woods far from home. They find themselves imprisoned within a gingerbread cottage by an evil witch, seeking to fatten them up with all manner of delicious sweets. Presumably they didn’t think to chew their way to freedom through the bathroom wall. Regardless they return joyfully to their family with the witch’s wealth and type-two diabetes. Hooray!

An important omission from the tale is that when a great famine settles over the land, the children’s abusive stepmother decides to take them into the woods and leave them there to die because they eat too much.

Impractical footwear, obsessive dance partners, running for the midnight tube home, Cinderella has all the hallmarks of magical and most likely messy night out. God knows we could all use a pumpkin cab home, especially after a few too many mystic brews.

The gruesome detail removed from the original story is that in the evil sister’s eagerness to fool the prince they actually cut off their toes and parts of their heel to fit into the glass slipper. Turning the shoe red with their blood.

In the next tale our heroine is having the mother of all bad hair days; Rapunzel is definitely not the person you want to be dancing next to in a club. But all this fails to put off our valiant prince who sees her as the ultimate girl next door… next tower?

On the prince’s penultimate rescue attempt he unknowingly climbs up Rapunzel’s severed hair, cut by the villain Mother Gothel. She tells him he will never see Rapunzel again. So he jumps out the window in despair and is blinded from the thorns below.

"Goodness, what big eyes you have Grandma!"
"The better to see you with"
“No, seriously they’re like twice the size Grandma"
“I’m wearing my contacts”
“And what big hands you have!"
"The better to hug you with"
“Because they look a lot like paws to me”
“Carpal tunnel syndrome”
“And the fur?”
“You like my new gloves then? Come closer and see them”

The Brothers Grimm actually wrote second part to Little Red’s story. It involved the girl and her grandmother trapping and killing another wolf, this time anticipating his moves based on their experience with the previous one. The girl did not leave the path when the wolf spoke to her, her grandmother locked the door to keep it out, and when the wolf lurked, the grandmother had Little Red Riding Hood put a trough under the chimney and fill it with water that sausages had been cooked in; the smell lured the wolf down, and it drowned. 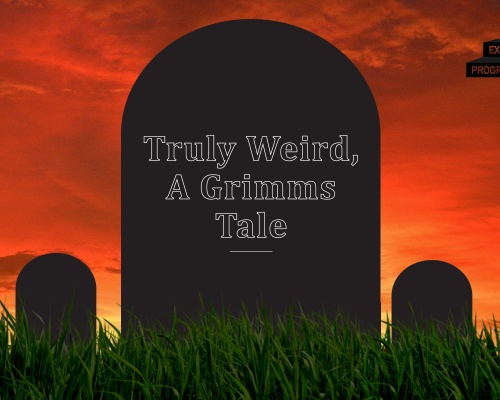