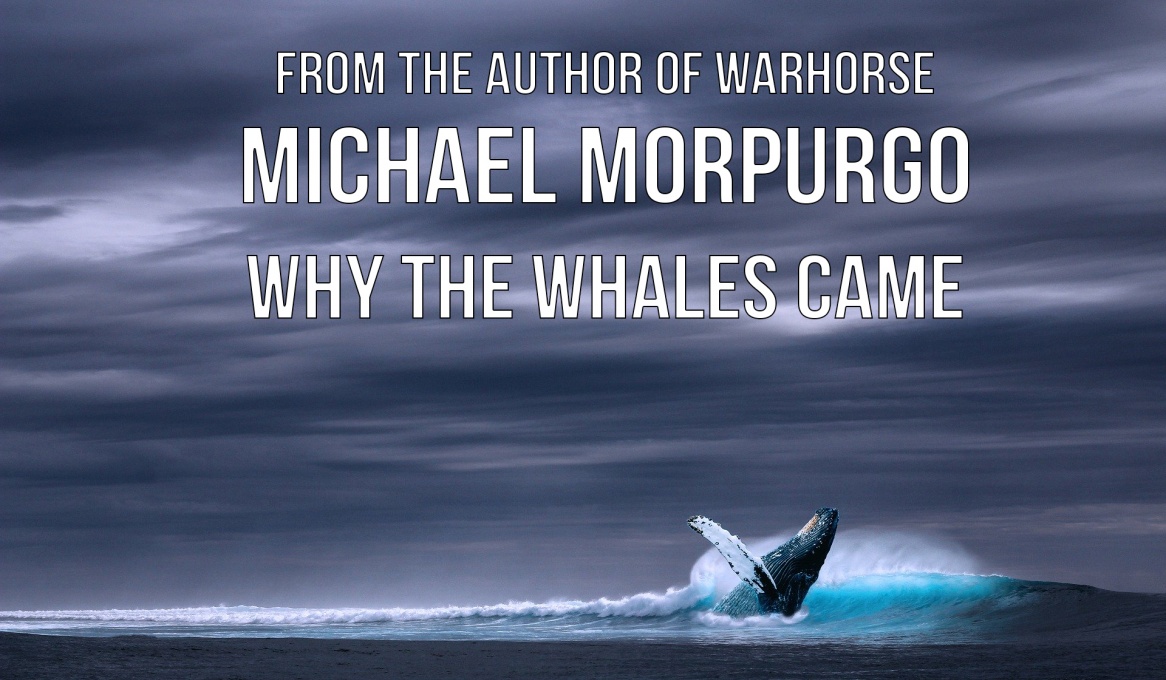 Michael Morpurgo is, of course, best known for Warhorse which has now played as a theatrical production to over 7 million people in 11 countries. Why the Whales Came was one of Morpurgo's first novels and is still one of his most popular.

Twenty-eight miles off the coast of Cornwall lies a very different way of life. A series of 145 islands make up the Isles of Scilly, where jagged rocks and harsh, choppy seas surround the people of the land. This brand-new musical, taking inspiration from Michael Morpurgo’s novel Why The Whales Came, places us right at the heart of an ocean-embracing community in 1914, who live cheek by jowl with ghostly tales from their past.

Faced with the backdrop of the First World War, the insular residents of Bryher can no longer escape the realities of life beyond the islands. It takes the innocence of youth – in the shape of plucky young Gracie Jenkins, and her sailing companion and confidant Daniel Pender – to try to blow apart the fear and hatred that threatens to destroy their community, lifting a powerful curse in the process.

This exciting tale is filled with the music of the sea as it charts our young heroes through their rite of passage.

The production is directed by Simon Kane who is Associate Director on the West End production of The Diary of Adrian Mole. Choreography is by Head of Dance at Guildford School of Acting, Phyllida Crowley-Smith. The work is adapted by writer Nikki Racklin with music by Bella Barlow.

Our production will be all about the world we collectively create and the people who fill it. We are looking for collaborative and creative minds to bring to life the elements of the seas and winds that shape the lives of all those that call Bryher home.

The tools that the islanders use are of great importance to their way of life and community traditions. We are therefore looking to cast a good proportion of strong actor-musicians, using musical instruments as 'tools' of the land to embody the life and spirit of their world, as well as the elements around them. Our production will be inspired by Cornish culture and folk spirit and so, we are especially interested in actors who play string instruments (especially violins and cellos), percussion, acoustic guitars, accordions and wind instruments to a high level. If you are cast, you won't just become an instrument - your acting will also be the basis of our creation!

Whilst the production isn't so dance-based, it will have stylised movement throughout, showing the islanders at one with their surroundings, as well as a way of bringing to life the Whales in the title. We will be looking for emotional movers who can bring to life this part of our world! Movement will also be a big part of creating different parts of our story, shifting us seamlessly between locations. On top of this, the production includes at least three predominantly movement based characters, who are featured as the spirits of the island.

Bryher-folk are strong minded, Cornish-accented characters, brimming with personality and able to fend for themselves amongst their harsh conditions. But at the heart of this story is an inward look at themselves, allowing them to realise their own prejudice to find out what the word 'community' really means.

Gracie Jenkins: A young early-teenage girl, filled with innocence. Loyal to her parents, she is deeply caring, always wanting to do good for those around her. She is fearful of the ghostly stories of the island and is pushed out of her comfort zone as the story progresses, as she grows in life experience, learning of good and bad, to fight for what is right.

Daniel Pender: A couple of years older than Gracie, Daniel is her best friend whom she spends much of her time with. Daniel is daring and boisterous, always looking for his next adventure. He is always inquisitive and often goes against his elders, in search for answers and to search for the greater good.

Zachariah Woodcock, 'The Birdman':  A mysterious old man who lives alone, isolated on the other side of the island. The rest of the islanders believe he is dangerous and warn their children away from him. Slightly strange and eccentric, Birdman appears scary on the outside, but holds the biggest heart of them all on the inside.

Clemmie Jenkins: Gracie's mother, a strong minded, assertive woman who tries her best to provide for her family. When Gracie's father is away fighting in the war, she is a pillar of strength for the community, who realises their own prejudice and provides a mirror to allow them all to look at the hostility they have placed on themselves.

Peter Jenkins: Gracie's father, strongly patriotic and loyal to his country, and feels it is his duty to fight for his country.

Big Tim/Tina: Daniel's big brother/sister. A bully of the town who spreads fear and prejudice. Has a physical, menacing presence and isn't shy to speak his/her mind.

Mr./Mrs. Wellbeloved: Gracie and Daniel's teacher. Known as 'Welly Belly', Wellbeloved is grounded in logic and has no time for their daydreaming. Teaches about world beyond the Bryher shores and correctly predicts the oncoming War.

Big Tim/Tina's Gang: Spreading fear and hostility, the Gang help to turn the villagers against Gracie, Daniel and the Birdman.

The Villagers: The residents of Bryher, made up of very individual personalities and community resilience!

The Spirits of the Island: The overseers of the action, embodying the essence of the island, its history and daily events through movement.