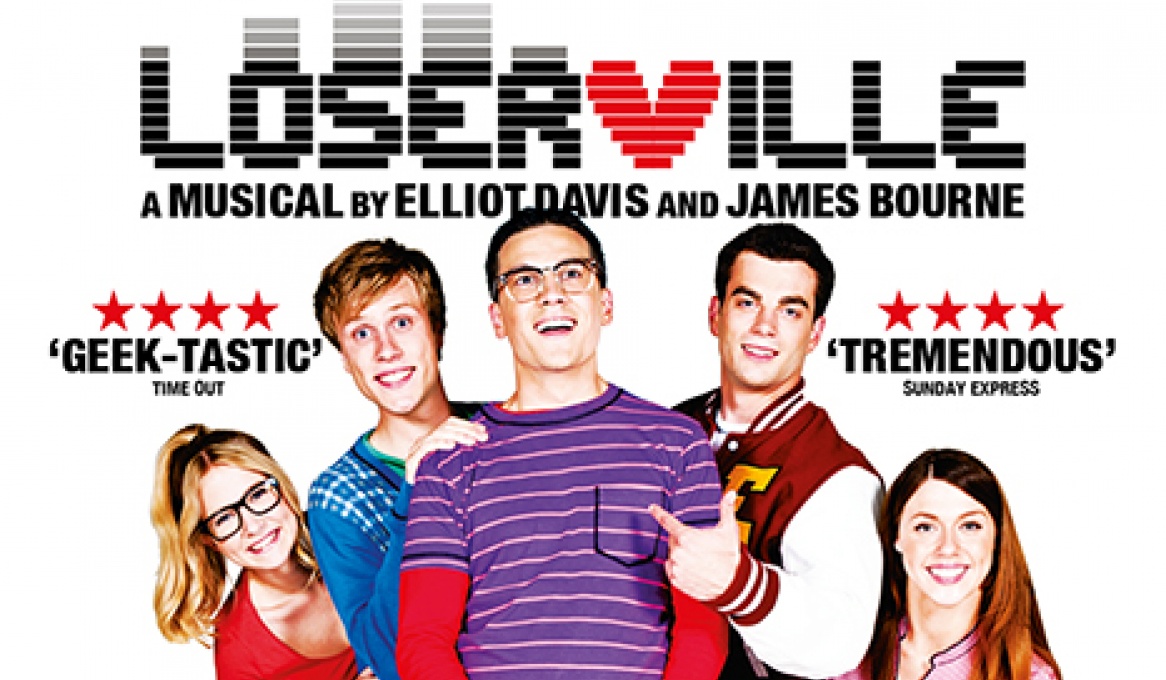 Michael Dork returned - Loserville came back in concert for one night only.

It's 1971. Michael Dork may be a computer geek but he's invented something that could change the world. He's also discovered girls: a prospect (almost) as exciting as his love of binary. Holly is the girl: she has looks and brains and wants to be the first woman in space - well, this is 1971! But will she want Michael.

Michael, and his sci-fi obsessed, social-misfit friends, Lucas, Francis and Marvin are all set to change the course of history, fashion and dating - in no particular order, but just as soon as possible, especially the dating bit.

Eddie wants a fast ride to the top and doesn't care who gets trampled along the way. Leia just wants Eddie. Or Eddie's babies - well, she thinks she does.

Embrace your inner geek. Don’t predict the future…invent it.

LOSERVILLE a musical by Elliot Davis and James Bourne.

Loserville comes back to Garrick Theatre for one night only, in memory of Chris Hardman (Lil’Chris) who played Francis in the original West End production. The proceeds of this one-off charitable concert will go to Maytree Respite Centre to support people in the midst of suicidal crises, and towards Youth Music Theatre UK's Bursary Scheme for young performers from less well-off backgrounds to enable them to develop careers in the arts.

“Geek-tastic. Britain finally has an answer to high school musical…it’s impossible not to love” Time Out
★ ★ ★ ★
“See it for whatever reason you like – just make sure you see it.” Heatworld
★ ★ ★ ★
“tremendous.” Sunday Express