Victoria Gartner is an award-nominated writer, director and teacher. Over the last ten years, she has written and directed work produced in the UK, Switzerland and Germany.

She is the Artistic Director of Will & Co, which she founded in 2015. Her play Will or Eight Lost Years of William Shakespeare’s Life has been touring for three years in both French and English, and was dubbed by The Stage to be "fascinating work."

She imagined Bard in the Yard in the first Covid-induced lockdown of May 2020. This solo play is about Shakespeare experiencing writer’s block during the Elizabethan plague pandemic. It now has a new opus, and is being performed in private gardens, schools, care homes and festivals by many actors all over the UK to great public and critical acclaim (The Guardian, The Telegraph, The Independent). Dame Helen Mirren is the Godmother of the project.

Victoria has been teaching acting for many years, giving workshops in schools, festivals and universities as well as at the Shakespeare Birthplace Trust. She is currently teaching at East15 Acting School. She is passionate about giving everyone access to words in a fresh and vibrant way, using the body as well as the mind to unlock was is usually deemed to be complicated work. Victoria has an MA in English literature with a specialisation in Shakespearean studies as well as a degree in Dramaturgy and Directing. She started her directing career as Assistant Director for opera company NOF.

She was born in Ukraine but grew up in the French-speaking part of Switzerland, before moving to the UK. In her spare time, she enjoys doing tarot, reading fantasy novels, and singing very badly. 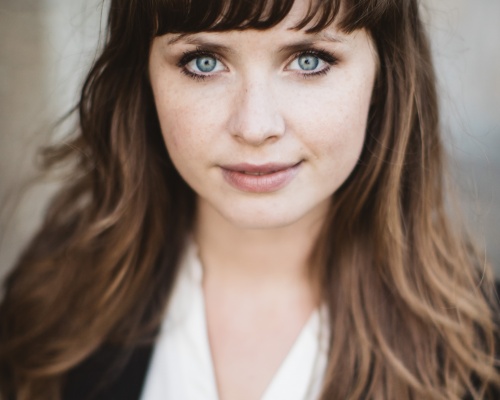