Tom is a Lighting Designer based between London and Adelaide, Australia.

Following university, Tom started off as in-house Production Manager of the King’s Head Theatre and Technical Manager (co-founder) of The Hope Theatre. Highlights include the world premiere of ‘Shock Treatment’ (the sequel to “The Rocky Horror Picture Show"), as well as creating the original design for ‘Trainspotting: Live’ - A totally immersive live theatrical experience in an underground carpark within the Edinburgh Fringe Festival. He was also nominated for The Off-West End Award for Best Lighting Design for his recent design 'Lifeboat'.

Tom is especially known for his creativity in putting together complex shows in non-traditional theatrical spaces. A recent collaboration with Canadian Company "Talk Is Free Theatre" on ‘The Curious Voyage’ saw him create custom dimming and control systems for an immersive top secret musical across a network of subterranean rooms with full wireless control across the site for the roving operator. Other notable challenges include shows in total darkness, escape rooms, free running across wet rooftops, and getting a large truck inside the Tower Of London!

Touring Arts Festivals worldwide has allowed Tom to forge some long-standing collaborations with musicians such as The Magnets (Great British A Cappella Stars) and The Beatbox Collective (Reigning World Beatbox Champions), as well as lighting Lea Michele on her London Solo Debut. These collaborations range from venues such as the Shanghai Concert Hall, outdoor pop-up gigs, Spiegeltents, and The UK Beatbox Championships.

Tom is also the Technical Manager and resident Designer for the Noel Lothian Hall in the Adelaide Botanic Garden during the Festival Season for which he won 'Spirit Of The Fringe 2019'! He has also received a number of other Adelaide Fringe awards for his work on various shows, which can be found listed on his website.

Tom is the Head of Production for his own company Hartstone-Kitney Productions who, as well as producing their own shows, also present and produce for many international and local artists across multiple venues at the Adelaide Fringe Festival each year (including our own Jimmy Jewell!). If you have a ready to tour show and would be interested in performing at the Adelaide Fringe, then you can get more information on their website. 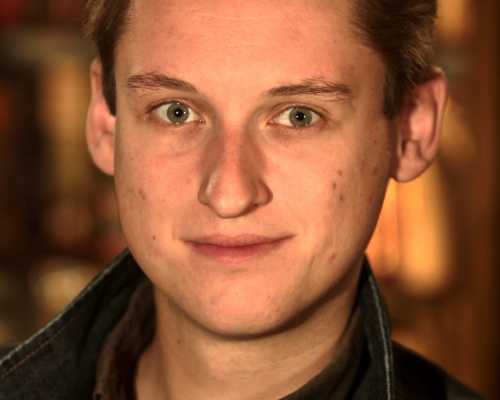