Steve's choreography credits include work for Frantic Assembly, Improbable Theatre, National Theatre, The Royal Opera House and Royal Academy Of Music. He works regularly at Mountview Theatre School with 3rd years and has created movement for Sweeney Todd, Made In Dagenham, Into The Woods, Dogfight and Spelling Bee.

Most recently Steve was an Associate Choreographer on the Musical Hadestown at The National theatre, developing the show before it transferred to Broadway, where it has just won 8 Tony awards.

His film and tv work includes Associate Choreographer on World War Z, helping create the original movement and physical style for the Zombies and heading up on set movement direction of the Z’s. He also did work on two episodes of The Alienist.

He was Movement Associate for The Curious Incident Of The Dog In the Night Time for 5 years in the West End and most recently restaged the show back to its original form for the National Theatres schools tour.

He danced with Matthew Bourne and New Adventures for over 20 years, creating original roles in The Nutcracker, Swan Lake, Play Without Words and Edward Scissorhands and later became a Resident Tour Director. 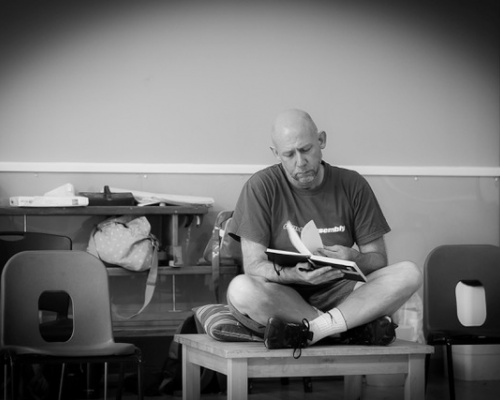