Sam first rose to fame in October 2012 when they were featured on Disclosure's breakthrough single 'Latch', which peaked at number eleven on the UK Singles Chart. Their subsequent feature—on Naughty Boy's 'La La La' —earned them their first number one single in May 2013.

Sam's debut album 'In The Lonely Hour' was named as the second best-selling album of 2014 in both the US and the UK, and to date has sold over twelve million copies worldwide!

Awards include: BBC's Sound of 2014; Grammy Awards for Best New Artist, Record of the Year (2014 - for 'Stay With Me'), Song of the Year (2014 - for 'Stay With Me'), and Best Pop Vocal Album (2014 - for 'In The Lonely Hour'); Brit Awards for Critics' Choice, British Breakthrough Act, and Global Success; Billboard Music Awards for Top Male Artist, Top New Artist, and Top Radio Songs Artist; Golden Globe Award for Best Original Song (for the James Bond theme 'Writing's on the Wall'); Academy Award for Best Original Song (for 'Writing's on the Wall' from the James Bond film 'Spectre'); AEG Best Male Award at the 2019 Nordoff Robbins O2 Silver Clef Awards; GLAAD Award for Outstanding Music Artist 2021.

Sam has also been presented with two Guinness World Records —one for recording the first James Bond theme song to go to number one in the UK, and another for scoring the most consecutive weeks in the UK top 10 by a debut album (In the Lonely Hour). 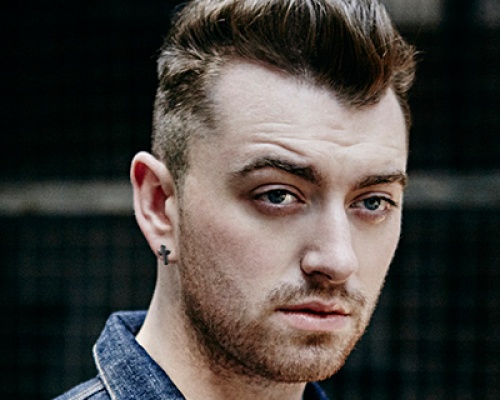