Rosie is one half of the British musical comedy duo Flo & Joan.

Flo & Joan had a viral hit with their 2016 Song, which to date has received 47 million views across social media, and they are also known for being 'those singing sisters' from the Nationwide adverts.
Based alternately in the UK and in Toronto, Canada, the piano/percussion pair have headlined and played to sold-out audiences across North America, New Zealand, and the UK, and they have won awards and selections including a coveted Iron Chicken award for being Best Act at a Ticketed Venue at New Zealand Christchurch's Bread and Circus Festival 2020, Chortle’s Best Music and Variety Act 2018 and 2020, Leicester Comedy Festival’s Best Musical Act 2018, Montreal Sketchfest Best of the Fest Selection 2017 and Toronto Sketch Comedy Festival’s Now Magazine Audience Choice Award and Best of the Fest Selection 2017.
They have appeared on Canadian TV comedy programme This Hour Has 22 Minutes and on BBC Radio 4’s Fresh From the Fringe and The Now Show as well as recording four songs for CBC Digital in Canada.

They took their debut show Victory Flaps to the Edinburgh Fringe Festival 2016 for a limited run, where it was announced as one of the Top 10 shows at the Fringe in the Amused Moose Comedy Awards. The show has since been released as an album available on Spotify and iTunes. They returned to the Edinburgh Fringe Festival in 2017 with The Kindness of Stranglers (also available on both Spotify and iTunes), in 2018 with Alive on Stage, which has since also been filmed as a special for Amazon Prime, and this year with Before The Screaming Starts.

As well as their 2020 tour, Flo & Joan could most recently be seen on TV at the Royal Variety Performance and the Live At The Apollo 2019 Christmas Special.

For BYMT, Rosie was involved in our original production of Macbeth (2011) as an actor-musician; taking on the role of Lady Macbeth complete with full drumkit! She also performed in Mort and Salsa Sisters in 2012. 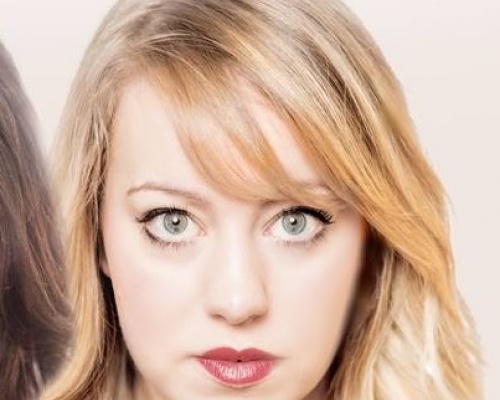