Phyllida was brought up in the Isle of Wight where she began training as a dancer at her mother’s school. She then went to Bush Davies School of Theatre Arts where she won the Cosmopolitan Magazine Young Dancer of the Year Award, the Noreen Bush Scholarship and the Dancing Times award for Choreography. She currently runs the dance department at the Guildford School of Acting.

Choreographic credits include Just So (Tabard Theatre) for which she was nominated for Best Choreography in the Off West’ End Awards 2011, Peter Pan (Wyvern Theatre, Swindon), Calamity Jane (Upstairs at the Gatehouse), the European Premiere of A Man of No Importance at the Union Theatre, London and which transferred to the Arts Theatre in the West End, Swingtime Radio for Bourne Leisure which she also devised, Tickledom (Upstairs at the Gatehouse), A Chorus Line (Yvonne Arnaud Theatre), Totally Frank (Channel 4), Mike Doyle and Friends (ITV Wales).

Other work includes directing Seussical (Casino Theatre, Geneva), The Twits and Ernie's Incredible Illucinations (Simply Theatre, C-Too, Edinburgh Festival), Resident Choreographer on Mary Poppins UK National Tour, having also held that position in the West End production and assisting Gillian Lynne on the Fonteyn Nureyev Competition for the Royal Academy of Dance.
Creative work at GSA includes: On The Town, Flora the Red Menace, Grease, And the World Goes Round (directed and staged), The Drowsy Chaperone,  The Mystery of Edwin Drood, The Producers, Candide, Children of Eden (directed and staged), Guys and Dolls (directed and staged), West Side Story, Nine, The Life and several BA and MA musical theatre showcases with director Michael Vivian.

Film credits include: Beyond the Sea directed by Kevin Spacey and Cats in which she played the part of Victoria.

Theatre credits include The Muse in the World premiere of Night Horses in La Chappelle, Montpellier, Titania/Hippolyta in A Midsummer Night's Dream at Blenheim Palace, directed by Jaq Bessell, original London casts of Chitty Chitty Bang Bang and Fame. Other West End credits include Grease, Cats and Phantom of the Opera. 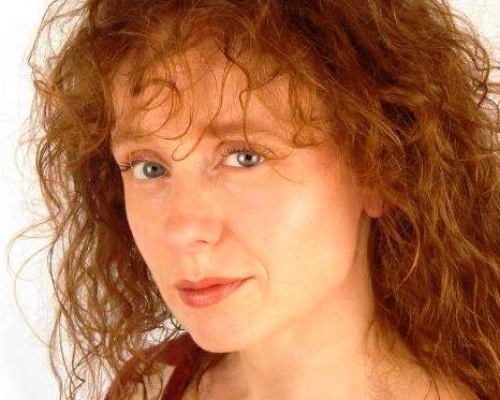