At the age of 11 he was awarded a Surrey Music Scholarship to study at the Royal College of Music Junior Department and continued his studies at the Guildhall School of Music and Drama. As both a jazz and classical artist he has worked across five continents and given performances in some of the world’s most prestigious venues, as well as being in high demand for his multi-instrumental swing show on Cunard and P&O Cruise lines. Michael has written two musicals for schools, two ballets for London Fringe companies and several English song cycles continuing the tradition of the early 20th Century British composers. Passionate about making music accessible to all, and fully aware of the incredible power of music to transform lives, Michael co-founded the charity The Time to Shine Project which creates music projects and performance opportunities for people living on society’s margins. After a hiatus of about ten years, Michael is thrilled to be once more collaborating with Jo Meredith on this very worthy project. 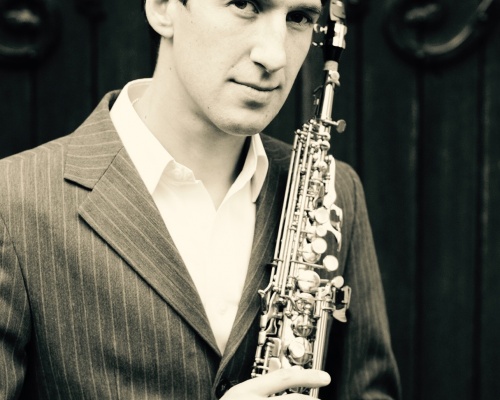