Matthew is probably most recognisable from the BBC Young Dancer 2019 Competition where he competed as a grand finalist and won in the contemporary category.

Matthew has recently worked as a performer for Phoenix Dance Theatre and Matthew Bourne's New Adventures and as a guest artist at the Royal Opera House's Young Talent Festival, at The Southbank Centre for One Dance UK, and at Latitude Festival.
As a choreographer Matthew has upcoming commissions from Ovalhouse Theatre and Queens Hall Digital.

His short film 'all the clothes we left in the closet' won best film at TW1 Film Fest and has screened at Queer Cinema Club (The Yard Theatre), Filmed Up! (HOME Manchester), Pride on The Shore (National Maritime Museum), Little Islands Festival (Greece) and Super! International Film Festival (Romania). 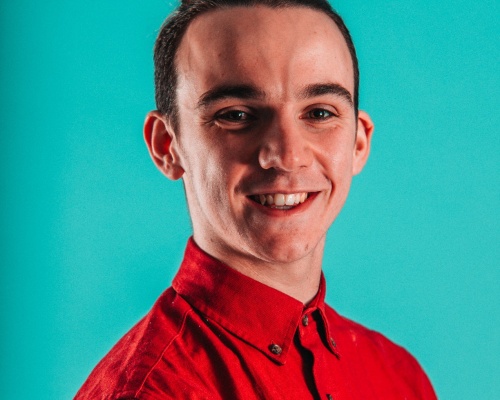