Lauren Samuels first came to the nation's attention when she was a finalist on the 2010 BBC1 show Over The Rainbow, where Andrew Lloyd Webber searched for a new Dorothy for his revival of The Wizard of Oz.

Lauren's West End credits include playing Sandy in Grease, Jules in Bend it Like Beckham, and Scaramouche in We Will Rock You, as well as playing the role of Scaramouche in We Will Rock You's World Arena Tour. Other credits include the world premiere of The Waterbabies (Leicester Curve), Romantics Anonymous (Sam Wanamaker Playhouse), Love Story (Octagon, Bolton - Nominated Best Actress in a Musical, Manchester Theatre Awards), Vanities: The Musical (Trafalgar Studios), The Buskers Opera (Park Theatre), Katherine in Henry V (The Barn Theatre, Cirencester), and Popsy in Cinderella (Lyric Theatre, Hammersmith). She also performed at the 2019 West End Proms.

Lauren can be heard playing the role of Amy in the LMTO Production Recording of Howard Goodall's Girlfriends, which is available on Spotify.
You can also check out Lauren's own Spotify HERE.

Lauren was in BYMT's 2005 production of Red Hunter. 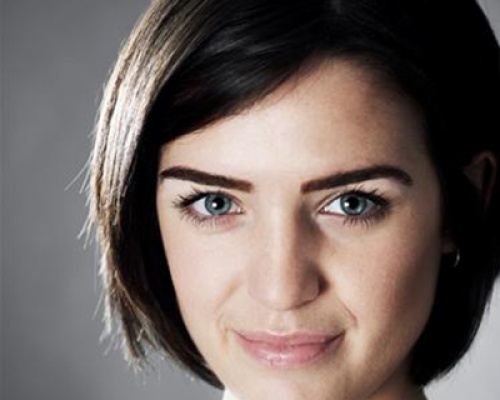