Jude Obermüller is the current recipient of the Alan Menken prize via New York’s City Center.  His scores currently in production include Underground, a new British play running Off Broadway (59E59 Street Theatre) and a musical-play of Alice in Wonderland, which is one of the inaugural productions of the brand new Storyhouse/Grosvenor Park Open Air Theatre in Chester. Upcoming commissions include a score for Julius Caesar (Singapore Reparatory Theatre, May 2018) and the musical Miss Havisham's Wedding (MTKC, USA, June 2018).

Since his first musical Forbidden Fruit was selected for the Brighton Festival at age 18, some of his career highlights have included the musicals UCAS (Edinburgh Fringe) and Suffragette City (British Youth Music Theatre); Nehemiah, ballet (JCC Manhattan); Heartland, cantata with author Nicky Singer (Scarabeus Theatre Company); I Remember the Ship, opera (Tête-à-Tête Opera Festival); scores for Farragut North and As You Like It (Southwark Playhouse) and The Jabberwocky (Edinburgh Fringe); as well as a score for the UN Refugee Agency’s Moving Stories (Theatre Royal, Haymarket). His new theatre works in various stages of development have received workshops and readings in the US and the U.K., with more set for the 2017-18 season.

His work has been recorded at Abbey Road Studios and programmed at The London Festival of Cabaret; The Other Palace, London; 54 Below, NYC; the New York Musicals Festival (NYMF); Joe’s Pub at The Public Theatre, NYC; The Denver Opera House; New Musicals Inc. Los Angeles, The London Hippodrome; The Garrick Theatre, West End; New York City Center; The Kennedy Center, D.C. In 2016, with a little help from his fierce friends, Jude performed a sold out run of his own cabaret Small Guy in a Big World: The Songs of Jude Obermüller at The Nightingale Room, Brighton.

Jude divides his time between New York and London.

[Fun fact: During his days as one of BYMT's very own youth keyboard players/orchestrators, Jude roomed with Ed Sheeran in Plymouth for the 2007 production of Frankenstein.] 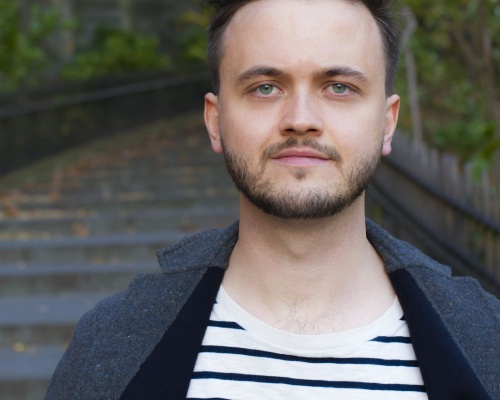