Jimmy began his musical career as a child chorister in St Paul’s Cathedral with professional performances alongside Diana Ross, Jose Carreras, Annie Lennox and even The Muppets.  Jimmy went on to train at the Royal Academy of Music in London, studying composition. Jimmy founded artist management and production company JWL in 2005 following a prolific career as a musical director, working on shows such as Evita, The Prince & The Pauper, All You Need Is Love!, Strike Up The Band, Mamma Mia, Jesus Christ Superstar and Bugsy Malone. Jimmy toured worldwide for five years with members of The Who, Spandau Ballet, YES, Free, Bad Company, Procol Harum, The Alan Parsons Project, Peter Frampton, Alice Cooper, Billy Preston, Paul Young, Darlene Love, the Harlem Boys Choir and The British Rock Symphony. As a composer Jimmy has had his music recorded by The London Symphony Orchestra in Abbey Road, sung by choirs across Europe and The Americas, and his musicals including ‘Frankenstein’, ‘Peter Pan’ and ’NHS The Musical’ are regularly performed on the regional UK Theatre circuit. Numerous recordings include Louise Dearman’s debut album ‘You and I’, Lionel Richie’s ‘Live in Hanover’ and Eric Clapton’s Grammy award winning ‘Reptile.

As a producer Jimmy has presented three seasons at the Edinburgh Festival, the world tour of Dietrich: Natural Duty, Britten in Brooklyn at Wiltons Music Hall, Lunch & The Bow of Ulysses at Trafalgar Studios, and was associate producer on Memphis The Musical at the Shaftesbury Theatre and The Mentalists at The Wyndhams. Jimmy’s production company also provides management services to the global screen industry as well as creating and working on worldwide YouTuber products. Jimmy was Lead Artist for Birmingham’s Gallery 37 arts participation programme for vulnerable and disadvantaged young people, was Associate Director of the Theatre Royal Plymouth from 2006-2009, and for ten years was a regular guest artist on BBC Radio Five Live’s Breakfast, Drive, Matthew Bannister and Anita Anand shows. Jimmy currently sits on the board of the British Youth Music Theatre, on the committee of the Night for Life for the National Brain Appeal and was Chairman of Cancer Research UK North Essex for three years. In 2015 Jimmy was made an Associate of the Royal Academy of Music for his ‘outstanding contribution to the UK music industry’.

For BYMT Jimmy has written Queen of the Undeground, Frankenstein, Peter Pan, A Beggar's Opera and Saving Christmas. 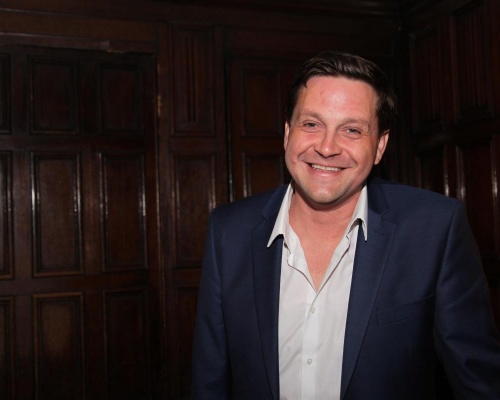