Originally from Essex, James Bourne is a singer-songwriter and co-founder of pop bands Son of Dork and Busted. As part of pop-trio Busted, James won two Brit Awards, had five Number 1 singles in the UK, and sold over four million singles worldwide.

His band Son of Dork marked the beginnings of the Loserville journey. BYMT commissioned Bourne, along with playwright Elliot Davies, to create a musical based on Son of Dork's debut album - Welcome to Loserville. After a successful run at South Hill Park Arts Centre, Bracknell, the musical transferred to the West Yorkshire Playhouse and then the West End's Garrick Theatre.

James teamed up with Elliot Davies again to create Out There, which received a professional workshop at the St. James Theatre starring Dave Willets, Danielle Hope and Sally Ann Triplett.

James and Eliiot Davies are currently working together on What I Go To School For - the Busted musical for BYMT's 2016 season, to be performed at Theatre Royal, Brighton. 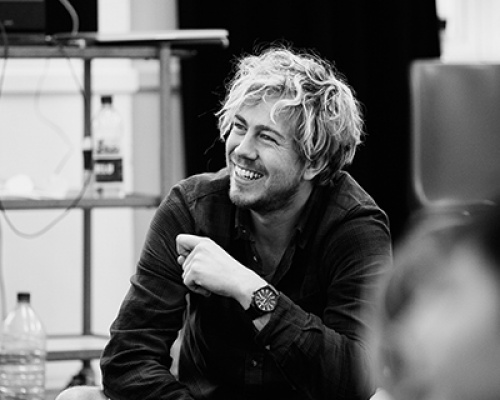