Elliot has written the script, music and lyrics for Loserville, which after a successful run at West Yorkshire Playhouse in June 2012 opened at The Garrick Theatre, in the West End from the 1st October 2012. Elliot collaborated with British Youth Music Theatre and James Bourne on Loserville with whom he has also written Out There and What I Go To School For - the Busted musical. Recently Elliot co-wrote the book of Soho Cinders with Anthony Drewe, (music by George Stiles), which premiered in concert form in the West End in 2011 and had a successful seven week run at the Soho Theatre. He wrote the book for a new musical in Malaysia called The Secret Life Of Nora, which won best original book in the Best Original Book and Audience Choice Award for Best Musical in The BOH Cameronian Arts Awards.

Elliot also has a prolific career writing for Radio and has written and produced the many documentary profiles of the world’s leading musicians for the BBC. These include, Neil Diamond, Freddie Mercury's 60th Commemoration for the BBC, Barry Manilow, Lisa Minnelli, the Bee Gees, Paul Anka, Jerry Herman, James Last and Lionel Bart. He wrote of 21 original short stories for the BBC in Sugar Plum Storytime which won the New York Festival International Radio Award. As an musical arranger Elliot has worked with Stephen Schwartz on re-orchestrating Pippin, commercial tracks for Betty Blue Eyes and also with George Stiles on a new musical Soapdish, The Pro’s The Con’s and A Screw (Derby Playhouse), Fings Ain’t Wot They Used To Be (Union Theatre 2011) and many other productions! 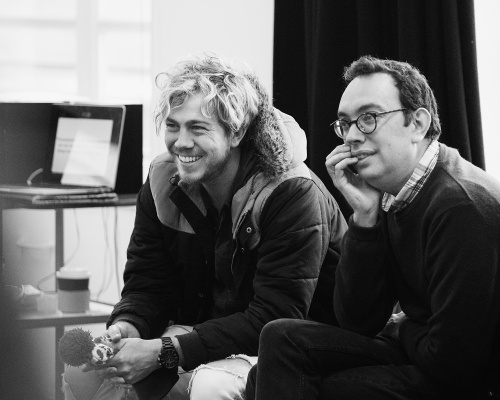