David is a composer, MD and actor-musician. He trained at Rose Bruford on the Actor-Musicianship course.

He is MD and composer of DumbWise, one of the U.K's leading actor-musician theatre companies. Composition for DumbWise includes "Faust" (Greenwich theatre and U.K. tour), "Twisted Christmas" (Liverpool Everyman), "Electra" (Bunker theatre) and a recent production of "Pericles" with 3rd year students at Mountview Academy.  Other composing credits include a commission to write an original score for English National Ballet, for their "Choreographics" season at the Barbican in London.

His passion to break new ground in the development of actor-musicianship has led him to teaching and directing in a number of leading institutions from Mountview Academy to The Garage in Norwich and The Tobacco Factory in Bristol.

His music is greatly influenced by the likes of Radiohead, Rufus Wainwright and Nick Drake. He releases solo singer-songwriter material under the moniker Man at Sea. 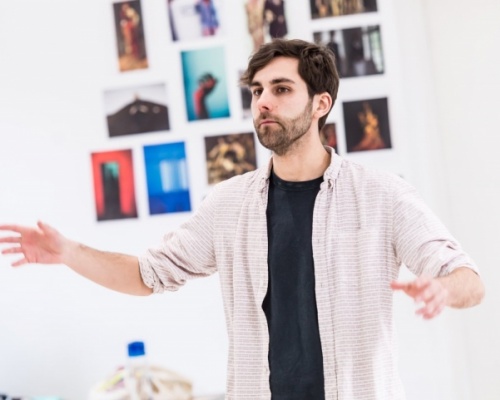