Conor Mitchel  is the recipient of the 2016, Arts Council Northern Ireland Major Individual Artist’s Award - the highest honour bestowed by the agency - and is currently working on his body of symphonic work. Known as much for his musical theatre canon as his contemporary work, his pieces are regularly performed outside of Ireland. He holds awards for 'Best Score' at the New York Musical Theatre Festival and the Arts Foundation Fellowship Award for Composition.

As writer/director he has created The Moot Virginity of Catherine of Aragon, The Doppler Effect (Belfast Ensemble), The Dark Tower (YMT:UK), and the large scale Lenanshee for ‘Derry city of culture, 2013. Mitchell is currently artistic director of the new music-theatre group The Belfast Ensemble and 2018 sees his new work 'The Fall of the House of Usher' premiere in the city. 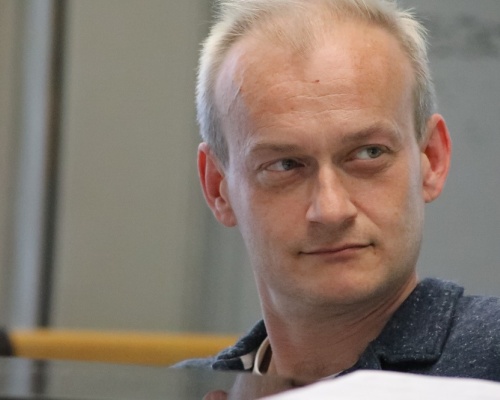