Conor Mitchell is an opera, music-theatre and orchestral composer / playwright / theatre-maker from Northern Ireland. He is the recipient of the 2016 Arts Council Northern Ireland Major Individual Artist’s Award and is currently working on his body of symphonic work and Concertino for Flute.

As composer/librettist The Incredible Book Eating Boy, The Family Hoffman (The MAC Belfast), The Dummy Tree (National Theatre), Geppetto In Spring (Gothenberg Sweden), Goblin Market, Christmas Betty Ford (Lyric Theatre Belfast), Have a Nice Life (Off Broadway), and many others.

Stage scores include Bent (Trafalgar Studios) with Alan Cummings and over 40 others in Ireland and the West End. He has recently returned from New York reviving his live score for Tuesday at Tescos starring Simon Callow. He has been twice been on attachment to the National Theatre, music advisor to Youth Music Theatre UK, writer in residence at LAMDA, music ambassador for Derry City of Culture’s 2013 Music Promise and an inaugural artist in residence at the new Metropolitan Arts Centre, Belfast. 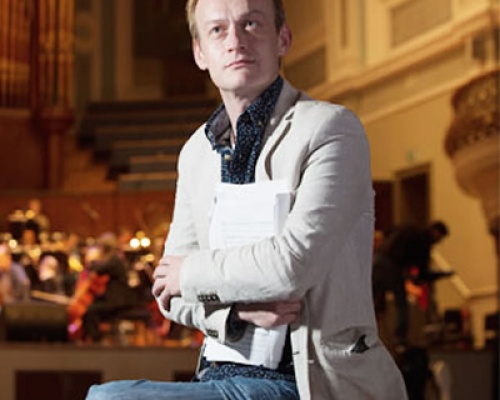