Adam is a Conductor, Composer, and Musical Director in London working on projects in a variety of musical genres. Currently, he holds the position of Associate Musical Director for The Royal Central School of Speech and Drama.

Originally from Scotland, Adam had the privilege of working with many organisations including The Citizen’s Theatre (Glasgow), Scottish Opera, BYMT, The Universities of Glasgow and Aberdeen, among many others.

Whilst working with BYMT Adam has composed and devised two new musicals: Sleepy Hollow (2014) and The Great Gatsby (2015). He has Musically Directed productions of The Drowning Pond (2013 - Aberdeen) and Burnt Out Souls (2013 - Riverside Studios: London) for BYMT also. The Great Gatsby is seeing it’s second year of workshop in August 2016 in Bracknell.

While studying at the University of Aberdeen, Adam was involved in the formation of the University’s Marischal Chamber Orchestra; Adam held the position of Assistant Conductor to this orchestra for three years, conducting several concerts both in the UK and Europe. 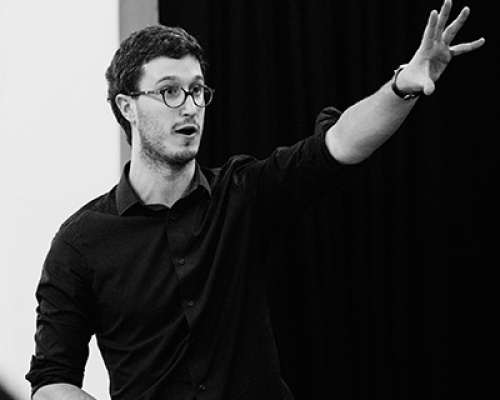