Written by the incredibly talented Alan Ayckbourn, Woman in Mind depicts the gripping story of Susan, a housewife who is unknowingly suffering from a mental illness. The play follows Susan as she embarks on a perturbed journey between her own realities and her imagination.

Woman in Mind is potentially the most genre diverse play I have seen to date, being extremely comical consistently, whilst also covering a truly dark and perplexing issue. As an audience you find yourself laughing and then crying within minutes.

The beautiful garden-like set that we are faced with at the beginning appears to be towered by a large transparent box, and although one could argue that this does not change enough throughout the play, it becomes the central aspect, with many key moments happening inside.

The company deserve tremendous amounts of praise for the quality of naturalistic acting shown throughout the play. Meg Fraser leads the cast excellently, switching between and executing remarkable Received Pronunciation and a clear Scottish accent.

The use of lighting in the play is of extremely high quality, with the colour changing to reflect the mood of the characters brilliantly. Following this, at one truly memorable moment the lighting suddenly transforms the set from a raging storm, to an outburst of glorious sunshine. The lighting designers warrant strong commendation, as their work is a key and memorable aspect of this production.

Woman in Mind, is written excellently by Alan Ayckbourn, the most frequently performed English language playwright in the world after Shakespeare. He carefully highlights issues, such as the divide between upper and lower class, which are shown in both of Susan’s worlds, whilst subliminally telling an extreme tale of mental health.

Woman In Mind is at the Birmingham Repertory Theatre until 28 June. Tickets: http://www.birmingham-rep.co.uk/event/woman-in-mind/ 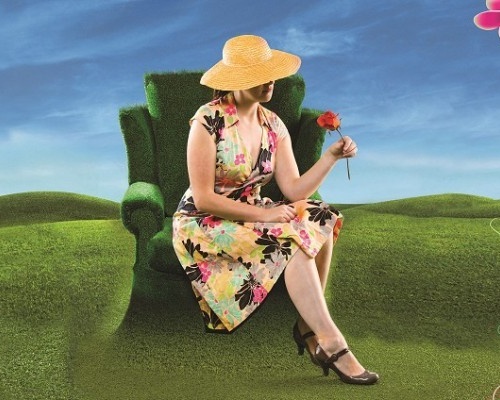