Ben Elton has created an amusing story of a geeky young man in Detroit who sells his soul to the devil for Rod’s. He is then transformed into a go-get ‘em wannabe star with a never ending list of girls, but in danger of losing the one he genuinely loves.

From the moment the York audience entered the theatre the Rod Stewart ambience was set - paper sailors hats are handed out on arrival and with everyone in a great mood it was time for the show to begin.

After the curtains had risen to a somewhat messy start the show really gets going with great vocals from all the cast including the star Ben Heathcote. Also, a special mention must go to Michael McKell, who has the audience hooked with his perfect comic timing in his role of Stoner - an eccentric cockney rocker who crosses paths with Stuart on his road to stardom. Former Sugababe Jade Ewen, who plays Dee Dee, shows off her faultless singing voice and acting skill during the whole performance and really shows what she can do.

Throughout the show there are a variety of well-performed and choreographed dance routines, which fitted in well with the 25 chosen Rod Stewart songs that made it impossible not to tap your feet along to some of the classics like "Stone Cold Sober", "Do ya think I’m Sexy?" and "Maggie May".

The end song “Sailing” got the audience standing, swaying and crying while wearing their little sailor hats. This song brought back memories for the old and created new memories for the young.

All in all, what started messy ending with perfection for this performance of Tonight’s The Night.

Tonight's the Night is currently on a UK Tour - full info here: http://www.tonightsthenightontour.co.uk 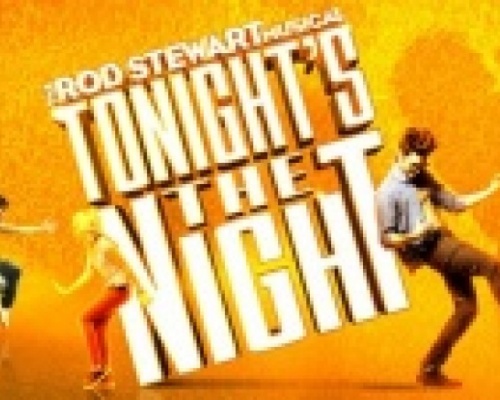