See How They Run - Review by Stuart Dowson

The play still remains very farcical with a lightning quick pace from start to finish, filled with slap-stick elements that are perfectively timed, coupled with an array of dead-pan punchlines, which keeps the laughter soaring throughout. The cast may all be of reduced height but their energy levels and their ability to deliver fast and snappy gags was of a high standard.

Davis plays the unfortunate Reverend Lionel Toop who is challenged by characters Lance-Corporal Clive Winton played by Phil Holden, Reverend Arthur Humphrey played by Jamie John and the intruder played by Raymond Griffiths, which all played a big part in the chaotic elements of the play. Other characters include Lionel’s wife, Penelope, played by Rachel Denning and The Bishop of Lax played by Jon Key who were the less farcical and more serious characters of play that frequently delivered impeccably timed, dry-humoured punchlines keeping the show more grounded. Penelope goes up against a loud and energetic maid called Ida and a posh, elegant Miss Skillon who were all integrated into the silliness of the story successfully with their own comical mishaps.

See How They Run is currently on tour around the UK. Details here: https://www.atgtickets.com/shows/see-how-they-run/richmond-theatre/ 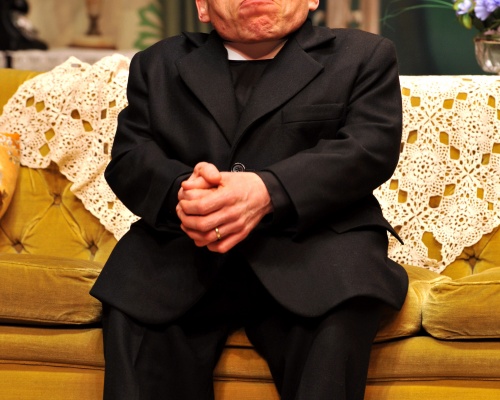