The conflict in Syria is poignantly brought to life at the Young Vic in Amir Nizar Zuabi’s touching play. Performed by German-Syrian actor Corrine Jaber, Oh My Sweet Land draws its inspiration from the stories told by Syrian refugees in Jordan.

Throughout the one-hour piece, Jaber is preparing kubah: a traditional Syrian dish that her grandmother used to cook. Detailed descriptions of making the perfect kubah coupled with the smell of frying onions and spices evoke a strong sense of memory and Juber’s quest of belonging.

This seems to be a motif throughout the play; the upheaval caused by the Syrian conflict has led to a generation of victims disconnected from their home. 2.5 million refugees uprooted from everything they hold close and attempting to find hope in the destruction with only their memories to hold onto. This is the message that stays with you throughout.

Jaber recounts her journey to Syria, where she starts a relationship with Ashraf, a married man she met in Paris. Although this is a fictional framing device, intertwined are stories from the refugees giving the whole piece the authenticity needed to make the audience listen.

Zubai's piece sometimes drops in pace and descriptions can perhaps go on too long, however, Oh My Sweet Land is nevertheless an important piece of theatre that deserves to be seen.

Oh My Sweet Land is playing at the Young Vic until 3 May - http://www.youngvic.org/whats-on/oh-my-sweet-land 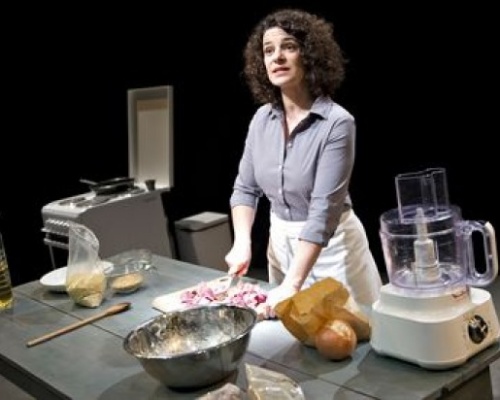