There was an air of excitement and expectation at the opening night of Memphis at the Shaftesbury Theatre and the London Premier did not disappoint.

Set in 1950s southern America in an era of racial hatred, segregation and violence, Memphis follows the story of a small-time DJ, Huey Calhoun, and his dream to share black music with his radio listeners. “White people won’t listen to black music” was the protestation from radio station owner, Mr Simmons. But of course, station ratings go through the roof as the catchy rock and roll music transcends racial divides.

Stunning harmonies, infectious rhythms and fantastic choreography are executed with skill and style. The eagerly-anticipated performance from Beverly Knight does not disappoint. Knight’s heartfelt portrayal of the conflicted star-singer Felicia Farrell is notable, fortifying and enriching with her breath-taking vocals. Killian Donnelly also gives a standout performance as the loveable rogue with charming quirkiness and offbeat comedy.

Not only a quality piece of West End entertainment, Memphis is rich with socio-political history and does not shy away from the horrific acts and injustices of the time. At times, the message of racial harmony is preaching to a converted cosmopolitan London audience, nevertheless, the song "Say A Prayer", which brought a close to Act One certainly made me sit up and listen. Huey and Felicia have been attacked by white mob for their interracial relationship, and in the chaotic aftermath, Gator (Tyrone Huntley) - a young man, mute since his father was lynched - breaks his silence with a beautiful message. "Say a prayer that change will come" resonated with the ongoing racial, religious and sexual discrimination that still troubles human-kind in modern times.

Far from the many juke-box musicals that crowd out the West End, Memphis is full of original hits, vibrant choreography and a story that will hook you from start to finish.

Memphis is currently showing at the Shaftesbury Theatre, London - tickets can be booked here: http://www.memphisthemusical.com/ 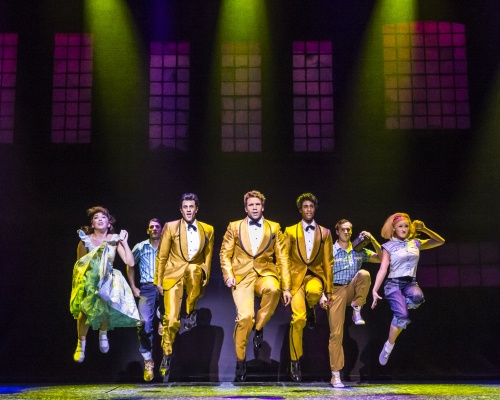