In an interesting and original depiction of Shakespeare’s Macbeth, Lucy Guerin and Carrie Cracknell combine both text and movement to create and dark and unnerving atmosphere.

This is further achieved by a simple yet effective set design showing severe perspective and creating the sense of claustrophobia and confinement amongst the audience. The lighting adds to this intensity often using blackouts to spark the audience’s imagination during scenes of action and violence and using bright lights in order to create a supernatural atmosphere during sequences using the witches. Creepy and unnatural movements were often used in scenes of confusion or in order to represent the presence of the witches though the dancing was sometimes a little excessive and sometimes made the play feel static.

John Heffernan made for a very believable Macbeth with clear intent to all his words. I also enjoyed how he took the role in a new and creative direction showing a balance between justice and evil in Macbeth’s actions. Lady Macbeth was played by Anna Maxwell Martin who I felt work well alongside John Heffernan in order to portray an loving yet twisted relationship between the two characters. Nicholas Burns showed an interesting portrayal of a harsh Duncan with no morals or redeeming features, however as Macduff, though the majority of the part was played and delivered well, his reaction to the death of his children and wife lacked emotion. This was made up for by the role of Lady Macduff played by Cassie Layton making the scene of her death tragic and moving for the audience.

The play was of a high quality, keeping the audience’s attention throughout and adding many twists to the well-known tale. I enjoyed it as I found it entertaining and thought provoking and would recommend it to anyone who may want to watch it!

Also marking the 400th anniversary of Shakespeare’s death at The REP is King Lear (19 to 28 May) staring acclaimed stage and screen actor Don Warrington in a co-production with Talawa Theatre and the Royal Exchange Manchester, plus experimental theatre company, Filter, who bring their radically-cut, fast-paced version of Shakespeare’s much-loved comedy Twelfth Night (12 to 16 April). 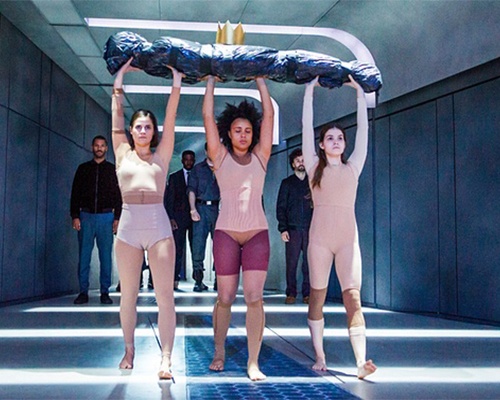