After a short run at the Hampstead theatre, Imelda Staunton gives a stunning performance in David Lindsay-Abaire’s Good People in this must-see West End transfer.

Staunton plays Maggi, a working-class mother in Boston who's just been fired due to lateness (caused by looking after her disabled daughter) and looks to a former schoolmate (and boyfriend) for new employment.

Lindsay-Abaire’s sharp, intelligent script is wonderfully heartfelt without being too sentimental and the crux of class difference is brought to the fore In Jonathan Kent’s finely directed production.

Part of Good People’s success is down to the exploration of themes that are prevalent in today’s society, ie. class and privilege. Furthermore it deals with ideas of ‘choosing your own path’ and whether there is such a thing as luck or fate. Do people choose to be poor? Do people deserve to be poor?

This is a truly fascinating insight into the class war in America and the whole piece is helped by outstanding performances from the cast.

Staunton (Professor Umbridge from the Harry Potter series) is faultless. Her nuanced mannerisms and quick tongue create one of the most moving and emotive performances on stage this year.

This is truly not to be missed!

Good People is playing at the Noël Coward Theatre until 14 June: http://www.delfontmackintosh.co.uk/Tickets/GoodPeople/GoodPeople.asp 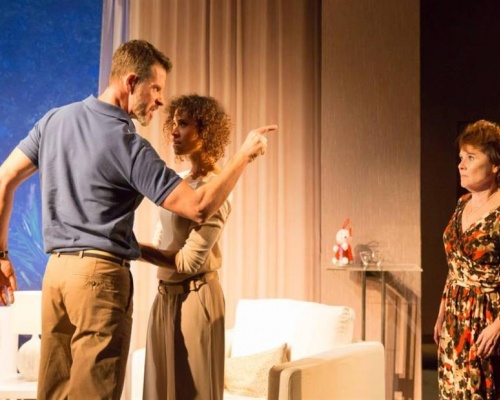