This IS where you will find the confidence

Izzy, 18, from London joined the BYMT Company in 2017 and performed in our production of Gulliver’s Travels at Lyric Theatre Belfast, which featured an all-star creative team: music from platinum-selling singer-songwriter Duke Special, bookwriting and lyrics from stand-up comedian Andrew Doyle and Director Des Kennedy, whose credits include Harry Potter and the Cursed Child.

The production was reviewed in The Big List and described as ‘boundlessly expressive’ and Izzy’s performance was marked as ‘sweet and affecting’.

Read all about Izzy’s BYMT experience below!

This Summer I participated in the BYMT’s revival production of Gulliver’s Travels at the Lyric Theatre Belfast. Before this summer I had never traveled for a production, let alone one where I’d be under the direction of industry level professionals. I was nervous but tremendously excited to be part of such a large-scale production.

On arrival at Victoria College (our residential rehearsal space), the cast quickly became a sort of surrogate family, as we unpacked into our rooms and got to know each other.

“The cast quickly became a sort of surrogate family”

The first day in the rehearsal room set the stamina level - we worked a 12 hour day, every day, for three weeks. Each day began with an hour’s physical warm up, and an hour’s vocal warm up. It was clear this was going to be like no production I had participated in before.

“It was clear this was going to be like no production I had participated in before.”

By the end of day 2 everyone was well acquainted, we had done a full read-through of the script, and auditions had finished for the casting of Gulliver’s Travels. To my great surprise, I was cast in the role of ‘Bonaria’, the female protagonist and love interest of Gulliver. This was truly the biggest opportunity I have ever been given: to perform a leading role at the Lyric Theatre Belfast with a cast and creative team of theatre professionals.

“This was truly the biggest opportunity I have ever been given”

The ethos and general atmosphere was amazing. For the first time I saw 21 year olds and 11 year olds all coming together as if the age gaps weren’t a hindrance; it was our love of performance that united us. That has to have been my favorite part of the experience; the atmosphere of being surrounded by a cast and creative team of totally devoted and unique individuals.

“Being surrounded by a cast and creative team of totally devoted and unique individuals.”

It was extremely challenging to build a Musical in such a short space of time, three weeks is normally just inset on a regular scale production. The stamina and pace of rehearsals was particularly challenging as I was surrounded by a combination of elite dancers and amateurs. As a 17 year old amateur dancer, I felt the balance and mix raised everyone’s ability and stamina; we learnt from each other just as much as from the professional creative team.

“I was surrounded by a combination of elite dancers and amateurs.”

The most enthralling moment is walking out onto the stage with everyone for the first time. I remember the whole cast just sitting on the stage of The Lyric in silence as we all just took it in. It’s really the moment you realize how the work you’ve put in is going to pay off.

My audition was probably the most comfortable I’ve ever been to, everyone in that room literally spends the whole day smiling. Whatever nerves I had when I arrived must have disappeared because I can only remember having a really great time, we all just showed the panel what we could do. I was almost like we were already a team, we had to work in groups for the acting and singing auditions so there was a feeling of support right next to you all the way through.

“This IS where you will find the confidence”

If you’ve never had the confidence to be part of something like BYMT, this IS where you will find the confidence. Undoubtedly this is a family for people who all want to work for the same thing, and regardless of experience; you could have what it takes to it too. BYMT was the best thing I’ve ever done for myself and I know I have gained experience I would not have found anywhere else.

BYMT National Auditions 2018 are taking place all across the country from 14 January to 18 February. BOOK NOW and take advantage of this fantastic opportunity to work with leading theatre professionals. 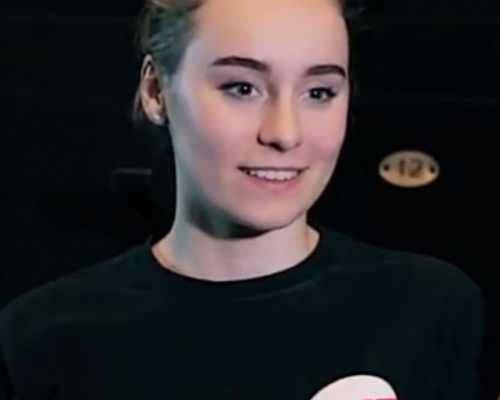