We are 10! A note from our Executive Producer, Jon Bromwich

So - we got here! BYMT is officially 10 years old today, the 4th December 2013, and what an amazing journey it has been since those first days of borrowed offices, volunteer staff, one printer and a huge dollop of determination.

Since then well over 6,000 young people have been involved in our work, along with 300 creative staff, 100 pastoral staff and a whole army of friends and supporters. We've created 64 new pieces of music theatre and given expression to 35 composers and 41 writer/directors - not allowing for everyone involved in a host of Skills courses and schools outreach projects. Many of our young performers have gone on into the creative industries - on stage, off stage and behind the scenes. Some are now running their own companies; others have found themselves work within major established arts organisations. And many, many more have taken their BYMT experience on into other industries and professions.

There are too many people to thank but at the top of the list have been the four Chairs of the Board of Trustees - John Marsh, Alan Cranston, Anne Wright and Royce Bell - for their stalwart commitment through the best of times and the worst of times! Thanks also to their colleagues on the Board. To our fantastic Patrons led by Zoë Wanamaker who was the first to join, followed by Peter Duncan, Jean Diamond, Ed Sheeran, James Bourne and John Whittingdale. To our funders - Youth Music, Arts Council England, the NASUWT and an all-singing ensemble of private donors committed to innovation in the arts. To an amazing and ever resourceful staff who have worked so hard to keep the office working. To our pastoral teams who have shown such dedication to looking after all those young people over ten years. To the creative staff for devoting more time and energy and invention than we could ever pay them for. And to the young people themselves who every single year pull off feats of imagination that always amaze, entertain and enlighten us.

We now look forward to a second decade of masterly music making and pioneering theatrical work. There will be big changes during 2014 as we announce a huge partnership with a producing theatre, launch a new orchestral initiative, create a dynamic schools and participation programme and extend the range of our commissioning of new music theatre.

We look forward to sharing all this with you. 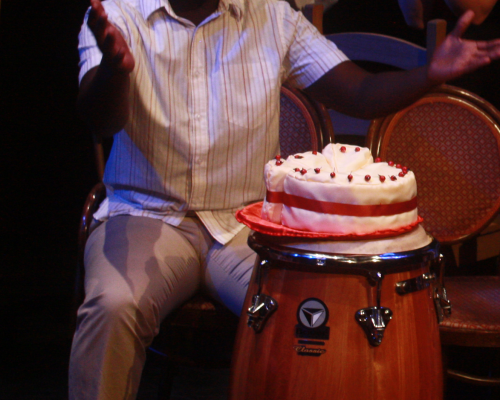