BYMT is excited to present their brand-new musical adaptation Children of the New Forest.

Children of the New Forest is a musical adaptation for a new generation brought to life by Writer Caroline Wigmore and Composer Jen Green, together they have written and composed a contemporary, dark and atmospheric peice of music theatre. Hear all about the making of the musical from this creative duo as Caroline and Jen discuss their process and their shared creativity. You can also pick up some helpful tips from the experts on 'how to' write a musical! More below.

What is the main message in the story?

This show is about war and the impact it has on ordinary people's lives - whether they're living in 17th century England, the current day, or the future. How would we react if we were born into a different time or place? Would we live up to the high standards that we hold fictional characters to? This is especially potent in today’s society.

What influenced your work on this show?

Not what people would expect, but the genre of science fiction has been a huge inspiration of this production; especially in the development of the world of the show. Some books and movies that have inspired this world are Suzanne Collins’ The Hunger Games, Veronica Roth’s Divergent series and the sci-fi classics including Joe Haldeman’s The Forever War. In terms of the musicality, the creative team have deliberately chosen to give this show a ‘folk rock’ sound. Inspirations have been drawn from a wide variety of artists ranging from Duncan Sheik and Andrew Lloyd Webber to Bob Dylan and Jimmy Eat World.

“I'm really looking forward to working with everyone! This is the premiere of the show, and a fantastic opportunity to get involved in shaping the characters and the musical feel of the show - we can't wait to bring it to life."

How long does it take to write a musical?

"Usually it takes years (sometimes a lot of years). That doesn't mean that we are working exclusively on a single show, though. Many writers have multiple shows in progress at the same time, and will put one show on pause because of a commission for another show."

Do you ever fight with your writing partner?

"Ha. No, but we sometimes have different opinions. Usually if we can't settle on something, we try it out in a reading or on stage.  Simply telling another writer that you don't like what they have written isn't helpful - If you don't believe they have made the best choice, it is best to respectfully explain why, and also to offer another idea."

How do you pick stories to tell on stage?

"We look at stories that excite us. Excitement isn't enough though, there needs to be a reason why the characters are singing - otherwise the story might be better suited as a play, film or book. Ambitious central characters who go through some sort of major change is another thing we look for."

If I want to write a script, where do I start?

If I want to write a song, where do I start?

"Musical theatre songs often use a structure which is called AABA. It means that the song starts with a musical verse (A), and then the verse repeats (A) with perhaps a slight variation. Then a different musical idea - often called the bridge - is introduced (B) and then the verse (A) repeats. This is a fantastic structure for developing a character's emotional journey. There are plenty of exceptions that don't follow this rule though! Experiment with taking your favourite musical theatre song, analysing its structure, and then using that as a starting point for your own song."

Book & Lyrics – Caroline Wigmore: Caroline Wigmore is a London based musical theatre writer and composer originally from Minnesota. She holds a BA in Musical Theatre Writing from the University of Minnesota and a MA in Musical Theatre Writing from University of London, Goldsmiths. She has a particular interest in folklore, classic literature and historical pieces. The Van Winkle concept recording, which was released under SimG Productions, was nominated for Best New Concept Album 2014 by Broadway World.

Music – Jen Green: Jen is a composer, orchestrator and arranger. She has written extensively for theatre and musical theatre and regularly writes with Caroline Wigmore. Their shows include The Legend of White Bear Lake (BYMT 2016), The Bachelor Girls (BYMT 2015, Weston College 2016) and Van Winkle - a folk musical (S&S finalist 2014). 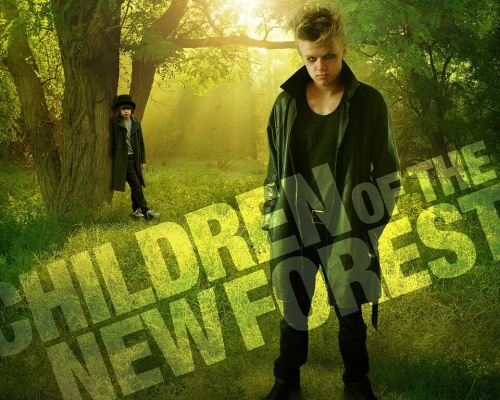