"Thus, the thing began… why was she doomed to be seen and coveted that day by the wrong man, and not by some other man, the right and desired one..."

BYMT is excited to present Tess of the d’Urbervilles being performed at the Theatre Royal, Winchester from the 1st-3rd of September.

What is Tess of the d’Urbervilles about?

Free-spirited country girl Tess Durbeyfield knows nothing of the world outside her own village but then she finds a job that will change her life forever. When she is caught between her wealthy, manipulative, cousin Alec and the handsome, educated, farmer Angel Clare, a dark love story unfolds leading to seduction, abandonment, and murder. Tragedy is unavoidable as Tess finds she is powerless to change her fate.

We caught up with Director, Gerry Flanagan, to gain some insights into his inspirations for the peice, and what to expect from this production.

Gerry has chosen to go down the route of devising. There will be no initial script. This is a brilliant way to not only allow the show to organically evolve over the rehearsal period, but it adds no limits to where the production can go and the involvement of the cast in its development.

Why Did Tess of the d'Urbervilles stand out as a piece of literature that you wanted to turn into a musical?

“It is Hardy's finest novel and has injustice as it's central theme. Other themes are the domination of women by men and the changing ideas of social class. The novel is rich in emotion and desire as Tess struggles to be true to herself and her dreams. All these elements make her story ripe for musical theatre”

What style will the musical take?

“This will be a strong ensemble piece, an exciting blend of physical theatre, expressive movement and playfulness. There will irreverence but no parody as Tess reveals to us the beauty of tragedy.”

What are you most excited about in this production?

“Working with such a talent group of young performers to release the emotions and dreams of a young women who struggles fearlessly against men and society who constantly try to master her.”

What can you expect from this musical adaptation of Tess of the d'Urbervilles.

Director Gerry Flanagan, alongside award-winning composer Pippa Cleary, brings this dark love story to life with an exciting blend of physical theatre and compelling songs mixed with vibrant storytelling and physical comedy. Set against Wessex countryside and Winchester, Flanagan plays with Hardy’s ingredients yet remains faithful to his themes. Taking a dynamic approach to classic British theatre, this extraordinary love triangle plays out against the backdrop of late 19th Century country society. Flanagan’s wealth of experience as clown, commedia specialist and director, alongside award-winning composer Pippa Cleary, brings the piece to life in an unexpected and energetic way.

Gerry Flanagan is Artistic Director of Shifting Sands Theatre, founded 1998 to create stimulating, accessible theatre that is both comic and emotionally rich, currently touring The King Lear. A teacher at Universities and colleges for over 20 years, Flanagan has run a wide range of devised projects. Further credits include Box to Hawaii, Fools!Fools!Fools! and Don’t Let Go!

Pippa Cleary is a composer, writer and musical director, who has written many shows with collaborator and book writer Jake Brunger. Credits include The Secret Diary of Adrian Mole Aged 13 3/4, and MTM award winning shows Jet Set Go! and The Great British Soap Opera. Pippa won the Arts Foundation Fellowship Award for Composition for Musicals in January 2012 and in 2011 she won The Times Christmas Carol Competition with In the Snow. Pippa trained in composition and singing at Bristol University, Guildhall School of Music and Drama, Conservatorio di Santa Cecilia in Rome and L’Université d’Aix en Provence.

The show will be performed in Winchester, which is partly where the original book is set. Working in the environment in which the characters belong to will help the cast gain a greater understanding into their character’s psyches, and the atmosphere of the original story. Don't miss Tess of the d'Urbervilles. 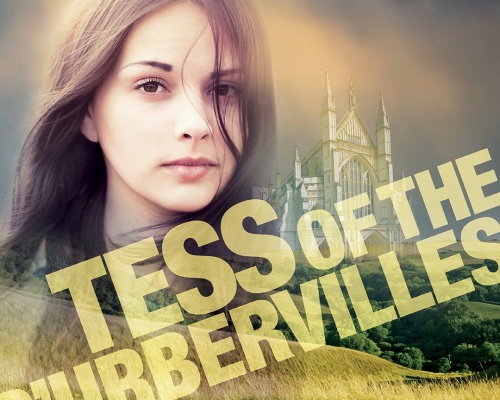