Hear some fascinating behind the scenes insights from the Ellis Kerkhoven, Director of BYMT's exciting new musical adaptation, Children of the New Forest.

It's 2647. A civil war has been raging for 25 years. Two factions fight for land and food: the Upholders and the Returners. With no clear victor, and a population consisting almost entirely of orphans, chaos now reigns as the last vestiges of society brakes down.

The show is set in a futuristic, dystopian version of our own world. Technology has advanced and already reached its decline after natural disasters destroyed all electronic energy production. A World unplugged. Lost and disconnected to natural resources, skills and farming techniques. The clock is ticking and it’s only a matter of time before all pre-farmed food runs out. Almost all adults are dead. And now the youth are forced to find new ways to survive...

Children of The New Forest explores life for young people in a War zone, the complications and prejudices that arise from being raised on a particular ‘side’ and inheriting the older generations outdated disputes. It deals with the loss of family, the denial of personal dreams and ambitions and the loss of human connection with Nature. Ultimately the main message of the show is about the necessity to break free from outdated conventions in order to obtain peace and freedom.

Many things have influenced my work in this show; from the state of the World’s current affairs to theatre productions I’ve seen recently. Director Sally Cookson’s National Theatre production of Jane Eyre inspired me with her inventive use of a ‘playground' set, and William Golding’s book Lord of the Flies provided me with the feral energy needed for a piece like Children of the New Forest. The Hunger Games (Suzanne Collins) was a constant reference for our dystopian-yet-recognisable world too.

Creating a world like this on stage is both exciting and problematic. I'm hoping to strike the right balance between the post-apocalyptic dystopian civilisation and it’s ever advancing surrounding natural forest habitat. The show uses the essence of the original novel as a stimuli only, so we’ve taken full artistic licence and created a new version of the story that feels relevant to current events whilst suggesting what a future could look like if we allow the dark side of history to repeat itself over and over. The idea behind the design of the show is to combine elements of both the derelict futuristic City with the wild natural force of the Forest. Just like the play’s inhabitants - it’s on the edge! Feral - with remnants of a lost society being reclaimed by the powers of nature.

I’m so excited to be working with the talented young people at BYMT again. This production is going to give everyone a chance to tap into their passions, explore who they are and what they believe in - and create a show that will mean something to the audience watching. As with all my shows, I intend this one to be very physical, with puppetry and object manipulation being made possible by the ’salvaged junk world’ we inhabit. It’s fast paced with loads of locations so we’ll never stand still for long. The task is to make sure the audience can follow the plot and know where we are at all times, whilst feeling fully connected with the characters story. BYMT always manage to discover and bring together the most talented young artists in the country (and beyond!). 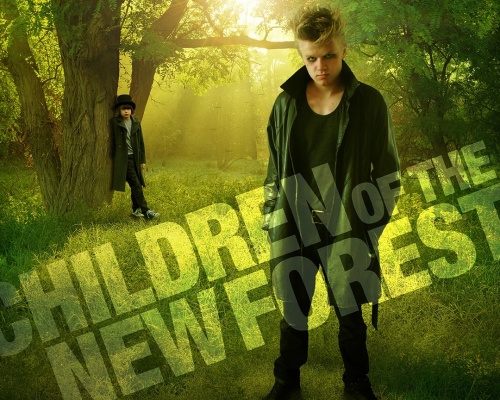