What is SWEAT FACTORY? by Rachel Birch-Lawson

Sweat Factory is a culmination of lots of different ideas and influences. Years ago I was working in a dance studio and the owner described how when she bought it, it had been a disused sweatshop. She described the space ‘lined with trestle tables, a forest of cables hanging low from the ceiling’, and I thought - there’s a piece in there. Having kept the idea in my pocket for a long time, it’s really exciting to have the chance to finally bring it to life.

The fact that so much of our clothing is still made by workers in sweatshops working in unsafe and unjust conditions is obviously a huge concern, and through this show we want to raise awareness of this issue. However, there are lots of other things at stake too: the choices we make, what we stand for, and how far we’re prepared to go to defend our beliefs are the major themes of the show. I also want to challenge perceptions of dance, what it can be and what it can say; and, very importantly, I want to challenge stereotypes of young women, showing that these girls can be strong, powerful, and physically virtuosic.

In the end, the show has been developed as a collaboration between the whole creative team, the cast of 2014’s Dance Connection, and this new cast for Sweat Factory who will have lots of creative input!

Unintentionally, we’ve ended up creating a new genre with this piece - a ‘contemporary dance opera’! Having the whole cast dance AND sing simultaneously for the whole 70 minutes seemed perfectly natural to me, and its only once I began talking to other people that I discovered its actually not. It’s a huge challenge for the cast, a piece that requires incredible performers and a lot of stamina. But the overall effect is stunning: pure, visceral action communicated from the heart.

Coming from a contemporary dance background, my idols are choreographers like Pina Bausch, Elizabeth Streb, who combines stunt work and dance, and companies like Ballet C de la B and Ultima Vez. However, moving to work in theatre, opera, and music theatre has opened my eyes to so many new techniques and ways of working, and now my passion is to try and bring those different worlds together.

Describing the show in just a few words, I would say it is visceral, engaging, and heartfelt. It’s going to be a great show! 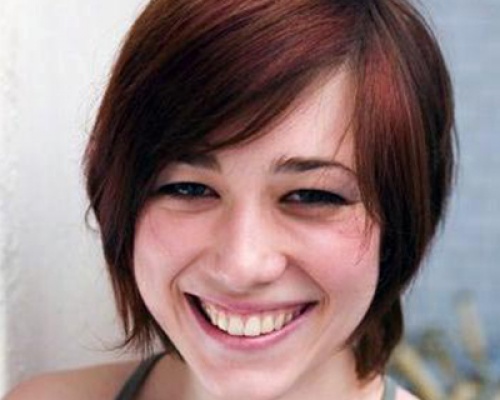