An interview with Amy Gardyne

We chat with actress and musician Amy Gardyne (formerly Amy Walsh) about her time in the BYMT Company.

I was part of the BYMT Company for four years - The Last Tango (2006), Rare Dreams (2007), The Silver Bough (2008) and A Winter’s Tale (2009). I learnt more than I could ever put into words through each of the four shows, all of which were very different. The first was based on a novel called Ali and Nino and was mostly pre-written and composed, the middle two were completely devised on-site by the company and the creatives and the last, A Winter’s Tale, was a book musical by Howard Goodall, so I was lucky to experience a more traditional musical theatre structure as well collaborate with some amazing actors, musicians and creatives to explore what we could come up with ourselves. BYMT did wonders for my self-confidence, especially through the devised projects, by throwing me completely out of my comfort zone and encouraging me to use skills, instruments and techniques, which I previously been too afraid to try (in public at least!)

Do you still keep in contact with any BYMTers?

Yes! There are a few people from each year who I regularly keep in touch with, although I’m rubbish at that kind of thing! But I see fellow BYMTers all over the place at auditions, workshops and shows, and you inevitably find at least one friend-of-a-friend who did a project with you back in the day... You do end up with a wonderful, nationwide network of multi-talented friends and contacts.

Why should people get involved with BYMT?

For those friendships and those connections, for that invaluable creative experience, for building your self-confidence and putting yourself in those scary situations! For getting the chance to collaborate intensively with a group of people who are all as madly passionate about musical theatre as you are, for being amazed by what they can do and surprised at what you can do too. For me it was also the first time I’d ever stayed far away from home for a long period of time, which was such a useful experience before moving out and going to university and drama school.

What would your dream role be?

Oh, too many! In musical theatre, I think I will happily retire once I’ve played Margaret in The Light in the Piazza, but I would also love to conquer Mother Courage one day.

The Donmar’s version of The Threepenny Opera with the translation by Robert David MacDonald and Jeremy Sams is one of my all-time favourites, because it was the first time I’d encountered really gritty musical theatre. I’m also a huge fan of Jacques Brel Is Alive And Well And Living In Paris. Urinetown is brilliant. But ask me next month and I’ll probably have changed my mind!

I can’t think of anything really specific I’m afraid, but what I would say is get out there and see and do as much as you can! Obviously this is harder if you don’t live in or close to London, but it isn’t impossible. Never turn down any opportunity to see ANYTHING - this includes street theatre, rehearsals, anything free. Beg and borrow (but please don’t steal…) loads of plays, soundtracks and librettos - this is what I had to work really hard on a drama school, trying to catch up with everyone else’s knowledge. Know who’s who in the industry all the time - producers, directors, casting directors, actors, musicians etc. Know what’s on and what’s about to be on in every theatre - and don’t forget all the regional houses too. The more you know before you get thrown in there professionally, the better!

Avocado!! I could eat avocados and nothing else for the rest of my life and be very happy.

Anywhere warmer and drier than the UK right now.

Read from BYMT Alumni on our blog and check out how you can get involved with BYMT. 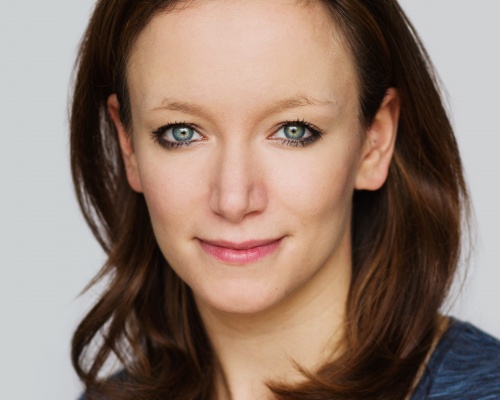