Which Musical Town Should You Move To? Pros and Cons | British Youth Music Theatre
Skip to main content

Which Musical Town Should You Move To? Pros and Cons

Ankh-Morpork, the Discworld’s most notorious town is steeped in decadent squalor, with a corrosive aroma that would put most landfills to shame.

This is the setting of YMT’s stage adaptation of Terry Pratchett’s side-splitting novel, Soul Music. The town is the prime destination on the Disc, where many intrepid explorers go to seek fame and other people’s fortunes.

Enter Imp Y Celyn (literally translated ‘bud of the holly’) and his ensemble ‘The Band with Rocks In’ who begin taking the city by sonic storm. Soon a host of new bands spring up:

The city reverberates with the sound of tortured strings and the smashing of Stratocasters.

In tribute to Pratchett’s infamous Ankh-Morpork, YMT helps you decide which musical town is right for you. Leave behind the rain and rising rent; move to a city where there’s music in the air.

The smoke blackened spires of a grim Victorian London where murderous butchers and bakers stalk the streets.

The Cons:
• Cat abductions on the rise
• High rate of shaving related deaths
• Not suitable for vegetarians

Charlie and the Chocolate Factory

Prohibition era America. A city awash with bootleg booze, controlled by sparring mobsters with a penchant for pie.

A glamorous metropolis where fame, fornication and murder go hand in hand.

The Pros:
• Stylish prison inmates
• Killer cabarets
• You’re only ever one shot away from stardom

The Cons:
• Murderous lovers
• Corrupt courtrooms
• Another captivating killing might lose you your limelight

The Wizard of Oz

An enchanted land filled to the brim with technicolor characters and strange, fantastical creatures.

It’s a difficult decision, so before you make the move come visit YMT in musical Ankh-Morpork this August! 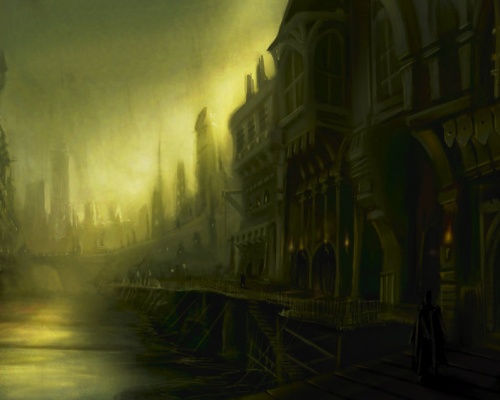