The countdown has begun. I'm joining forces with an uber-talented creative team and the fantastic young artists at BYMT to play, devise and create a brand new musical - The Midnight Flower Press - I can’t wait. This year the show will and be centred around a starter-script and storyline that I’ve written. The idea comes from a young adult novel I’m planning to write next year and offers lots of opportunity for devised work to develop characters, create dynamic visuals and flesh out the drama. I always love getting stuck-in generating additional material with everyone. Mostly I’m looking forward to working with the positive, energetic creativity that BYMT actors always have.

What influenced the show and what makes it unique?

When I was looking for show stimuli a few months ago I stumbled across the amazing novel Millions by Frank Cotrell Boyce, which has a lot of money it in. This inspired the idea of using loads of paper in a show and led me to the idea of writing a show based around a printing press. Since then the story has developed into being set in a cotton factory and so the use of cotton in both raw and twine form has been added, making it very exciting. In a nutshell we’ll be let loose in a rehearsal room with immense amounts of paper, stuffing and string! What more could an actor want, eh…?

What can audiences expect?

Set in London during the Industrial Revolution, the show follows the dramatic underworld adventure of cotton-factory worker Flora and her Flower Press gang. In a time when child labour and exploitation was common place, and having a voice was dangerous, the young workers stumble across a secret way to get their voice heard, make a difference - and make mischief along the way! Audiences can expect quite a physical production, with great songs, drama and maybe even object manipulation and puppetry.

What are your favourite musicals, plays and artists?

Ooo this is always a tough question - there are so many to choose from. I love the musicals Miss Saigon, WhisperHouse and Little Shop of Horrors for their high stakes and unique styles. Favourite actors include Imelda Staunton, Ian McKellen, Ben Wishaw and Shailene Woodley - each of them give such strong performances whilst staying true to the truthfulness of their character’s situation.

I think my favourite plays include the recent National Theatre of Scotland production of Let The Right One In. It was physical, dramatic and scary (vampires!). Curious Incident is also a great production and Complicite’s early show Out Of A House Walked a Man is a total favourite of mine. The cast used instruments, puppetry, physical theatre, song, loads of different languages and followed a simple but exciting storyline. I’m hoping The Midnight Flower Press is going to be as exciting!

Describe the show in 3 words

The Midnight Flower Press is showing at the Barbican Theatre Plymouth from 14-15 August. Book your tickets here. 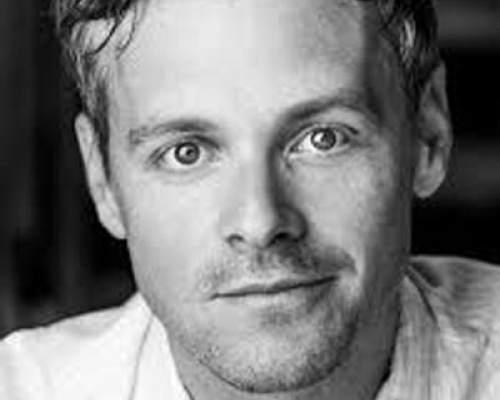